Gaze at Gamla Stan from a distance and your eyes will automatically be drawn to the Royal Palace – or Kungliga Slottet, as it’s known in Swedish. This is easily the biggest structure in the area, dwarfing even the monumental parliament building. 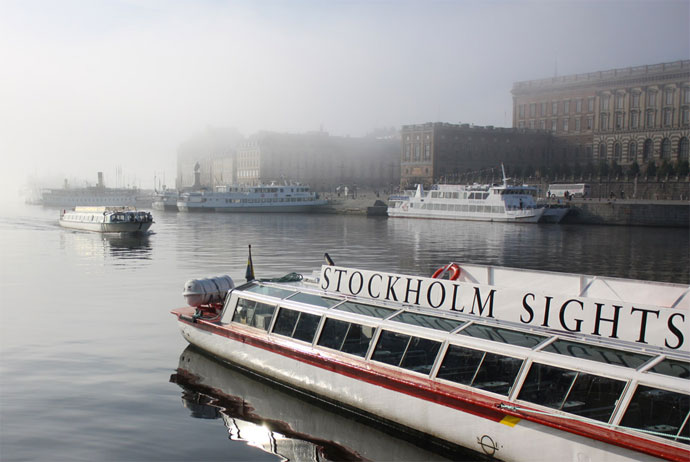 This is one of Stockholm’s most popular tourist attractions and the Swedish royal family’s official residence – though in reality, they spend most of their time at Drottningholm Palace, around 10km west of the city centre.

The big, blocky building, arranged roughly in the shape of a hollow square with prongs sticking out from its corners, was designed to replace Stockholm’s Tre Kronor Castle, which burnt down in the 17th Century.

The replacement’s public-facing façade is relatively restrained but the interiors – in sumptuous rococo style – couldn’t be more extravagant. There are few places in Scandinavia quite this lavish. 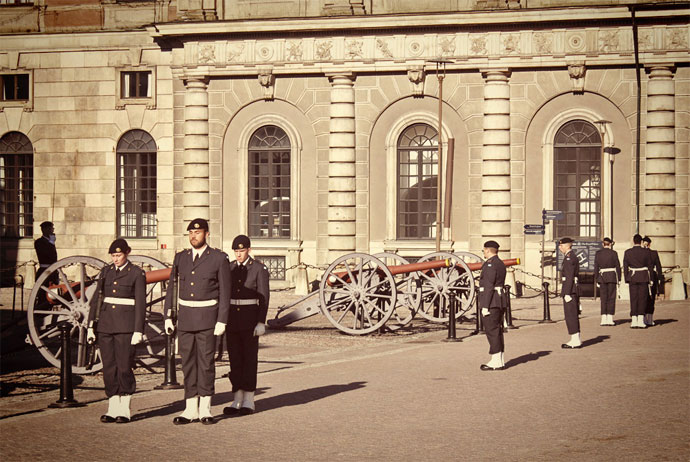 A few different areas of the palace are open to the public. The best place to start is the so-called Royal Apartments, which are still used for receiving foreign politicians and monarchs.

Entering via an enormous stone staircase with painted ceilings overhead, you’ll soon reach the rooms where state guards were stationed whenever the monarch was in residence.

Continuing through the apartments, which are decorated with dazzling Corinthian columns and gilded cornices, you’ll come to the Victoria Drawing Room – probably the plushest room on this floor. Pendulous crystal chandeliers made in Vienna dangle over velvety red chairs and oval-shaped tables topped with marble stucco. The same room also houses busts of today’s king and queen, who still have their offices at Kungliga Slottet. 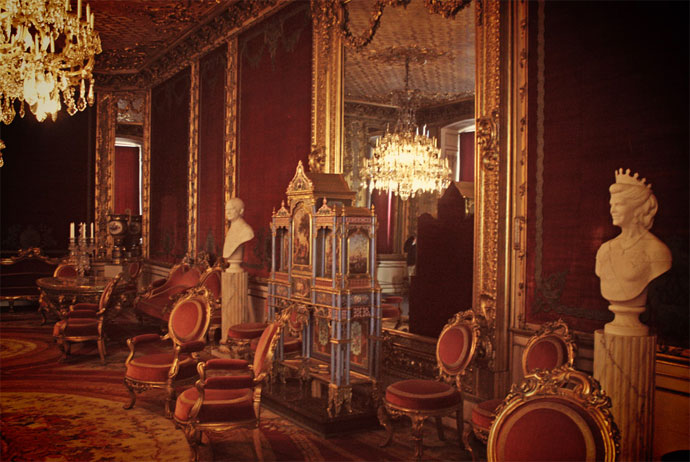 On the same floor in the Apartments of the Orders of Chivalry you’ll find an impressive collection of medals, uniforms and commemorative badges. One all-red uniform with velvety boots and white, ruffed cuffs – called the Dress of the Knight of the Order of the Polar Star – looks suspiciously like something Austin Powers might wear.

The next floor is largely given over to ‘guest accommodation’, but is really more of the same, with hall after hall of portraits. An intriguing list shows some of the dignitaries who’ve stayed here – from Prince Charles and Japanese Emperor Akihito to members of the Danish and Norwegian royal families.

Karl XI’s Gallery, a long and skinny room on the same floor, is a superb example of the late Swedish baroque style. This room was inspired by the hall of mirrors at Versailles, and is arguably the highlight of a walk around the palace. 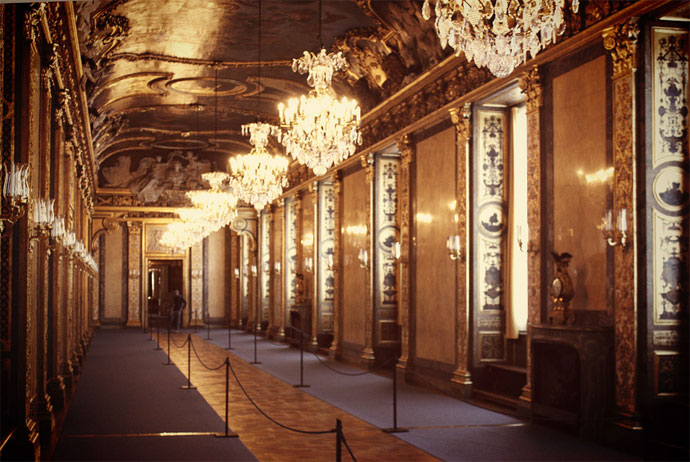 Down in the Treasury you can see Sweden’s glittering crown jewels, including ruby-encrusted sceptres and swords – some dating back to the 1500s. The admission charge at Kungliga Slottet also covers access to the Tre Kronor Museum, which has exhibits that were rescued from the original castle before it succumbed to flames – and some that were discovered after the castle’s destruction.

Changing of the Guard

Because of the sheer size of the Royal Palace, it’s worth allowing at least two or three hours to explore. You may also want to time your visit to coincide with the pomp-filled Changing of the Guard ceremony. In summer, it takes place daily at 12.15pm (1.15pm on Sundays), with around 35 soldiers taking part. Between September and mid-April, the parade is held on Wednesday, Saturday and Sunday only, and starts between 11.45am and 1.10pm (times vary). Be careful not to get too close to any of the action when taking pictures, or you’ll get a rather frosty telling off.

Entry to the Royal Palace costs 160 SEK. Buy tickets from the office in the outer courtyard before trying to get inside. The admission price includes access to the Tre Kronor Museum and the Treasury (you can visit any time within seven days of purchasing). Admission for students and children aged 7–17 is half price (children under 7 go free).

The nearest T-bana station is Gamla Stan. It’s a five-minute walk from here to the palace. Otherwise, buses 2 and 55 run to Slottsbacken, just east of the palace.