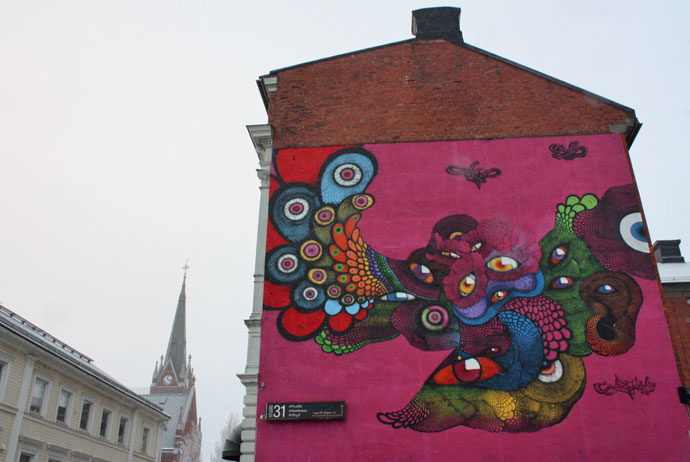 Northern Sweden’s emerging tech hub, Luleå, hasn’t really made it onto the tourist radar in the same way as places like Abisko and Jukkasjärvi.

But that’s not to say you should whizz straight past on your way further north; it’s a surprisingly vibrant university city with enough cultural diversions and historic sights to justify a couple of days of your time. Stick around longer and you’ll be able to take in one or two of the rocky islands scattered just offshore, which form the low-slung Luleå Archipelago.

The area around Luleå has been inhabited for thousands of years but the first significant settlement emerged in the late 1400s, when an imposing stone church was built – allegedly using funds from the area’s lucrative salmon trade. Clusters of timber cottages grew up around the church, forming a traditional Swedish ‘church town’ that would eventually go on to gain city status.

By the 1600s the city’s harbour was considered too shallow for trading boats, and a completely new centre was built closer to the sea. This meant that the original church town was effectively left frozen in time. Today, Gammelstads Kyrkstad (literally, the old town’s church town) is protected as a Unesco World Heritage Site, and is a great place to wander through if you can spare the time.

Although Luleå’s residents seem proud of all this history, today’s city is keenly embracing the modern era. The slick cultural centre in the middle of Luleå is one of the best places to see art and live music in the entire region, and there are some great places to eat. A couple of them could give restaurants and cafés in the south of Sweden a good run for their money.

In addition to all this, Luleå has some excellent places to stay. The downside is that prices are high, even by Swedish standards, and true budget options are practically non-existent – almost all of the places in the city centre fall into the mid-range and top-end categories.

The air of prosperity wafting through Luleå seems to have been spurred on by an influx of foreign investment. This is the Swedish city that Facebook famously chose as the base for its first European data centre. Why Luleå? Well, not only is there an abundance of clean hydropower from the Luleå River, but the cold, year-round temperatures help to reduce the cost of cooling the busy servers.

Facebook’s arrival hasn’t created a huge number of local jobs (the tell-tale accents of American workers can often be heard in hotel lobbies around town), but it has given the city the confidence that it can continue to thrive, despite the cold climate and the northerly location – by road, the city is an incredible 900km from Stockholm.