If you’ve been researching a trip to Oslo, you’ve probably seen something about the Oslo Pass. The pass is an all-in-one discount card that gives you free entry to most major museums in the city, as well as free transport in Oslo and the surrounding region. 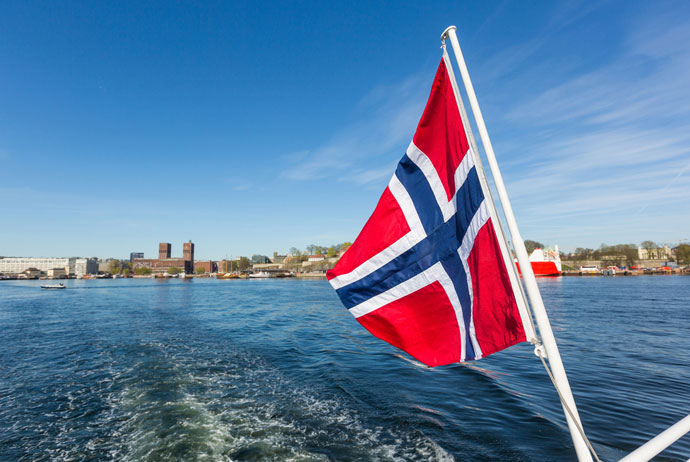 The pass will cost you a fair amount upfront, but it promises to save you much more in the long run. So how can you be sure if the Oslo Pass is the right option for you and your travel plans?

We ran the numbers and created this simple guide to help you decide.

So, what exactly is the Oslo Pass?

Aimed at tourists, the Oslo Pass is a special card that lets you enter many museums and attractions in Oslo for free. It also lets you use the public transport network for free, and gives money off at local attractions and restaurants.

The pass is good for 24 hours, 48 hours, or 72 hours, depending on which version you buy. Once you first start using the pass, you’ll need to activate it, either online, or by writing the date and time on it, depending on which type of pass you have.

You’ll need to show the pass every time you enter a museum or use public transport, so make sure you get the date and time right!

What’s included with the pass?

The Oslo Pass includes free admission to over 30 museums, ranging from the big-ticket attractions to lesser-known sights such as… er…. the Oslo Reptile Museum. Here are some of the top attractions you can visit for free:

Additionally, the pass offers you free access to several guided walking tours of Oslo, plus admission to two public bath complexes (with both indoor and outdoor pools).

It’s also valid for boats out to Bygdøy (for the Bygdøy museums) and to the islands of the inner Oslofjord. So you can jump on at Aker Brygge, and do some island-hopping between Hovedøya, Lindøya, Nakholmen, Bleikøya, Gressholmen and Langøyene.

Other perks include reductions on activities such as zip-lining through the tree tops at the Oslo Summer Park, boat trips and guided bike tours – with discounts of between 15% and 30% off the usual rates.

Discounts also extend to various restaurants around the city, from the American-inspired Hard Rock Café to the historic Café Christiania, which offers classic Norwegian cuisine. The complete list of sites covered by the Oslo Pass can be found here.

The pass also includes free use of all forms of public transportation in zones 1 and 2, which covers pretty much every attraction you’d want to see in the city as well as travel to and from many of Oslo’s surrounding suburbs.

Bear in mind, though, that both Gardermoen and Torp airports lie outside of these zones, so transport to and from the airports is not covered by the pass.

Holders of the Oslo Pass do get a discount of 40 NOK on lines FB2 and FB5 of the Flybussen Airport Express Coach from Gardermoen to Oslo.

The discount only applies to tickets bought on the bus, however, so you may find it cheaper to buy online tickets in advance rather than activate your pass.

How much does the Oslo Pass cost?

Students under 30 get a 30% discount with valid ID or an ISIC card, though this discount only applies for passes bought at the Oslo visitor centre on Østbanehallen next to Central Station, or the Ruter’s customer service centre at Oslo Central Station.

Costs (in Norwegian kroner) are correct at the time of publication.

Now, the million-dollar question: is the Oslo Pass worth buying?

Given the relatively low value of the discounts on offer, the main benefit of the Oslo Pass is the free entry to the city’s many museums. And, if you’re planning to do a lot of sightseeing, then the Oslo Pass is definitely worth buying.

This is especially true if you’ll be visiting some of the museums on the Bygdøy peninsula, like the Maritime Museum. Here, having the Oslo Pass is definitely a smart choice and will save you cash.

Each of the four maritime-themed museums on the peninsular costs around 100–120 NOK to enter, and the Folk Museum (with its famous stave church) costs 160 NOK.

All of these museums are interesting and worth checking out, but some of the smaller ones can be enjoyably explored in just 30-45 minutes.

If you take public transport round trip to and from the peninsula, and then poke your head into all five museums for even a few minutes, you will have easily covered the cost of the both the 24 and 48-hour passes.

The Oslo Pass also includes free use of the Museum Ferry, an express boat service that runs regularly between the Bygdøy peninsula and the harbour in front of City Hall. Without the pass, this alone would cost you around 75 NOK each way. 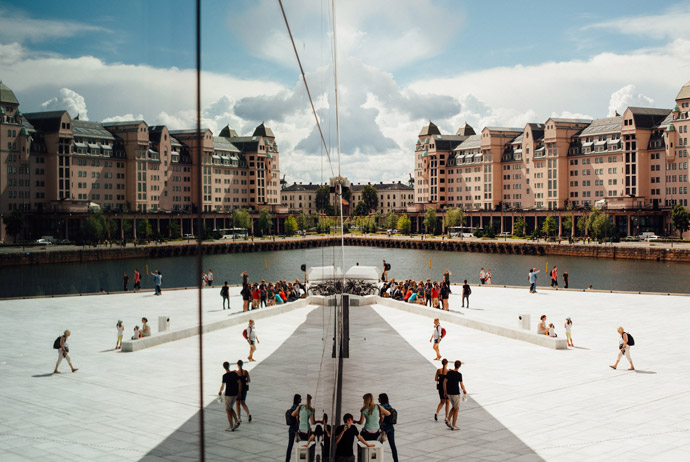 So for museums and attractions the pass is almost always worth it, but there’s no need to buy the pass if you’re just planning a few short trips on public transport.

The free use of public transit might appear to be an attractive benefit, but a standalone 24-hour public transport ticket is only around 108 NOK in zone 1, which includes all of Oslo.

This ticket allows unlimited travel on all forms of public transport in the city, including boats to the nearby islands in Oslofjord, and is less than a quarter of the price of a 24-hour Oslo Pass. By using the Ruter Ticket app on your phone, it’s also easy to buy.

Bear in mind that Oslo is a comparatively small capital city which can easily be explored on foot, and most attractions are in the central part of town, so you may not need to use public transport much at all.

Three days in Oslo: would you save cash?

The list below compares prices for transport and regular adult tickets at several Oslo museums to the cost of a three-day adult Oslo Pass.

This list is for a fairly busy trip, and includes visits to 9 of Oslo’s most popular attractions and 6 trips on public transport.

Costs (in Norwegian kroner) are for one adult and assume a three-day trip to Oslo. All prices correct at time of publication.

If you managed to cover all of these Oslo attractions in three days, you’d spend more than 1200 NOK. But if you bought the 72-hour pass, you’d only spend 820 NOK – that’s a nice tidy saving of more than 400 NOK, giving you lots more cash for yummy Norwegian beer.

Where can I buy the Oslo Pass?

Once you’ve done your sums and worked out whether the Oslo Pass is right for you, there are several different ways to buy it.

Firstly, you can buy it online here. You’ll receive a voucher which you’ll need to take to the Oslo Visitor Centre on Østbanehallen, next to Oslo Central Station, where they’ll give you your pass and a booklet detailing all the included sights.

You then activate this when you first use it, by writing the date and time on it.

Alternatively, you can download the Oslo Pass app and buy your pass via this. You then activate it on the app at first use.

The Oslo Pass can also be bought on arrival at a few different points around the city, including the Oslo Visitor Centre, plus various hotels, hostels and tourist sites around the city.

The Oslo Pass: our verdict

If you plan on having a fun-packed trip, then the Oslo Pass is definitely going to give you good value – especially if you’ll be doing the rounds of the museums.

If you’re looking for more ideas on how to enjoy Oslo on a budget, be sure to check out our list of 40 free things to do in Oslo.

Is Oslo’s National Gallery included in the Oslo Pass?

Oslo’s Nasjonalmuseet (National Gallery) is currently closed while a new building is being built which will make it the largest art museum in the Nordic countries.

No. The Oslo Card is an alternative scheme, which includes some of the same attractions as well as hop-on, hop-off bus trips and boat tours, but costs more than the Oslo Pass.

Our guide to Oslo

Five cool neighbourhoods to check out in Oslo

7 of the best Airbnbs in Oslo