A few kilometres southeast of the town centre, Jokkmokk Camping Center is a good choice for those who want to be close to nature but still have access to showers, a sauna, and other creature comforts.

The campsite is right beside the Lilla Lule River and has space for around 170 caravans, which makes it a popular spot for road-tripping families during summer. Good grass pitches are also available if you have your own tent.

Campers get access to bathrooms and a sauna, as well as washing machines and a cooking area – barbecues can be found down by the river’s edge. During the summer, Jokkmokk Camping Center has four swimming pools open for kids to splash around in. 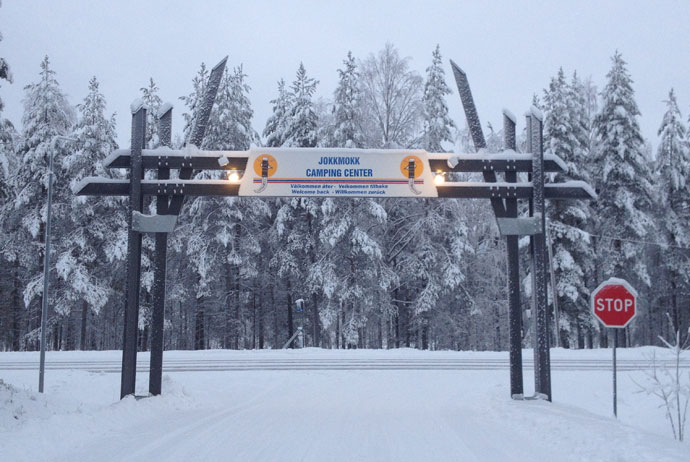 Obviously you’re not going to want to camp here during the winter, but the actual site is open all year round. During the colder months, folks head for the campsite’s stugor (cottages), which sleep between two and eight people at a time and can be rented by the night. They’re basic but have central heating.

Different activities are offered at Jokkmokk Camping Center depending on the time of year, from volleyball to snowmobiling. It’s also free to go fishing on the river, if you have your own gear.