For a small country in northern Europe, Sweden has some pretty unusual places to stay.

There’s the Icehotel, of course, but you can also rest your head in a UFO-shaped tree house, sleep below ground in an old silver mine, or spend the night aboard one of Stockholm’s floating hotels. There haven’t been any Japanese-style capsule hotels to sleep in, though. Until now.

We discovered Bo Hotel out by the Tele2 Arena in Stockholm, which is the home ground for local football club Hammarby. Hotels around here get extremely busy on match days, so the idea for a capsule hotel is pretty smart. 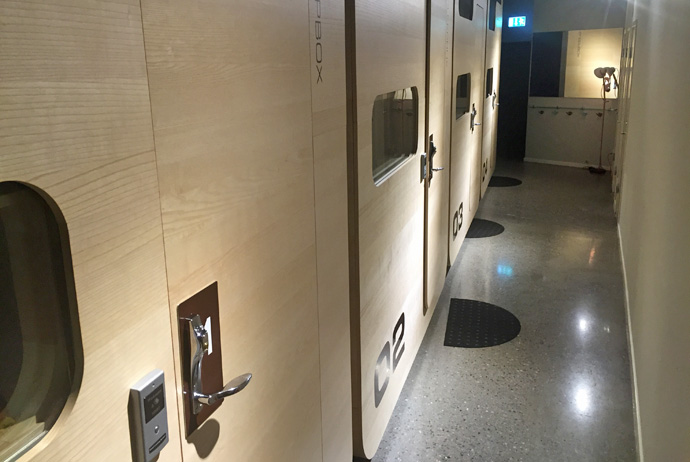 To find the capsules you have to enter the Tolv shopping mall at door D (it’s within the stadium building itself), then walk through the Boston Grill restaurant.

There are four little ‘Sleepboxes’ lined up in a room at the back of the bar, each sleeping two people in single beds. They’re not nearly as cramped as the drawer-like capsules you might have seen on TV shows from Tokyo – there’s enough room to stand up properly inside.

Air-conditioning is included and, importantly (as you’re sleeping next to a bar, in a stadium), they’re very well soundproofed. 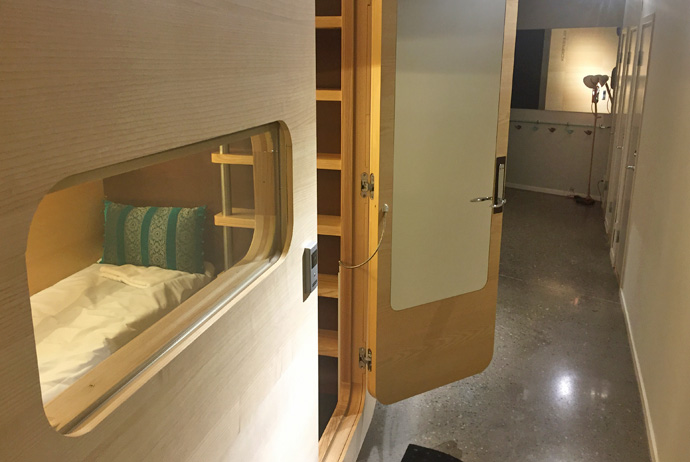 The American-designed capsules are panelled with wood inside and out (very Scandi!) and there are showers and toilets just outside. There’s even a little lounge area for guests who want to catch up on their emails with a bit more space around them.

Even if you’re not in this part of Stockholm to watch a football game, a night in one of these capsules can be great value, especially if you’re travelling with a partner or a pal; the price for a capsule is the same regardless of whether or not you use both beds, and rates include a buffet breakfast.

The capsules are also handy if you’re watching a show at the nearby Globe Arena; it’s just a few minutes’ walk to the entrance. Too claustrophobic for a capsule? You’ll find standard hotel rooms one floor up.