For decades this extravagant building, modelled on an Italian palace, was used as a bank. Today it’s been put to far better use as Medelhavsmuseet – an excellent little museum dedicated to ancient artefacts unearthed around the Mediterranean Sea. 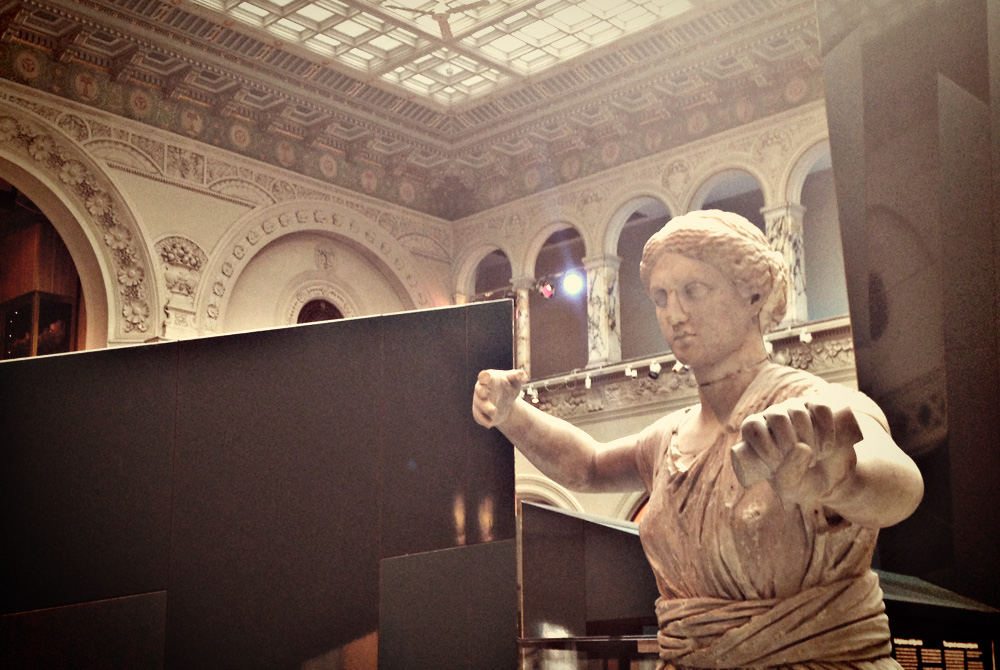 You’re probably wondering why Stockholm, of all places, has a whole museum dedicated to the Mediterranean.

The story goes like this: between 1927 and 1931, four Swedish archaeologists travelled to Cyprus and set about excavating more than 20 historical sites. In the process they uncovered a mass of ancient treasures.

During one particularly spectacular dig at a pre-Christian sanctuary on the island’s north coast, the team found 2000 terracotta statuettes, believed to be religious icons. The mysterious figures stood in neat rows, facing some kind of altar.

The British (who ruled Cyprus at the time) gave their Swedish guests permission to take home half of the collection, which is now displayed behind glass in Medelhavsmuseet’s spectacular main gallery. The other half is kept in Nicosia, Cyprus.

Other items discovered during the Swedish expedition and now on show in the museum, such as pots, vases and statues, helped to prove definitively that the history of Cyprus was shaped by European and ‘Oriental’ influences – a fact still disputed by archaeologists at the time.

You can browse through some of the smaller finds up on the museum’s mezzanine level, where you’ll also find a fantastic themed café.

Also worth a look while you’re here is the museum’s impressive collection of precious metals. Kept in a small room at the back of the main gallery, it contains gold jewellery from ancient Greece and Egypt.