Kungsträdgården – the King’s Garden – is a handsome sliver of greenery in the heart of modern Stockholm. It’s more of a meeting place than a proper park, with wrought iron benches tucked beneath mature willow trees and a couple of pretty cafés selling hot coffee. 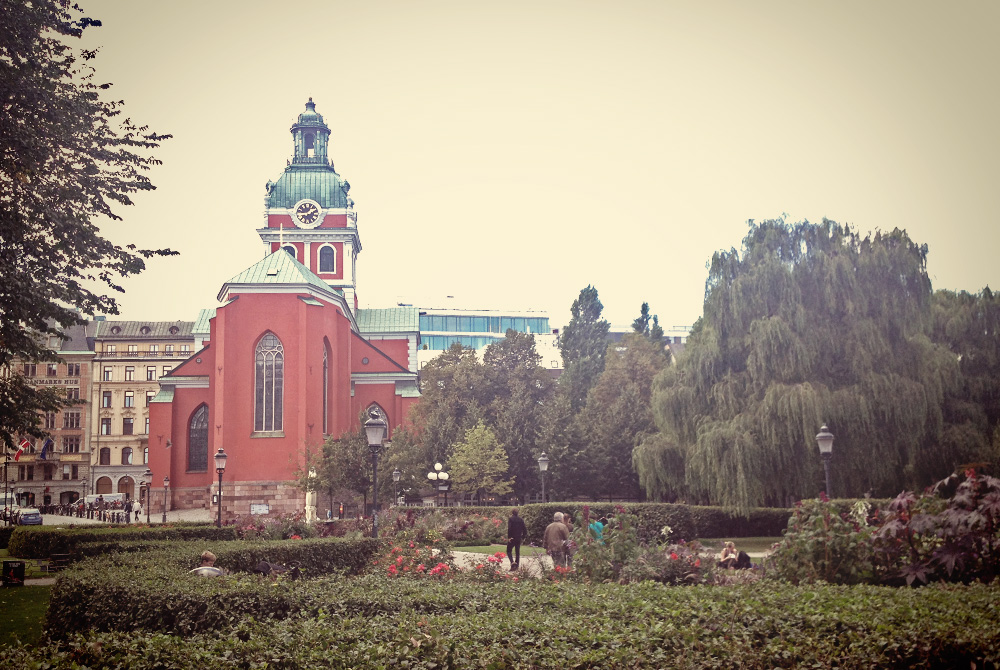 For a large chunk of the 1800s this long strip of real estate was a sandy parade ground: a place where the king’s troops would come to train and show off their skills.

Today the royal theme continues. At the square’s southern end is a statue of Karl XII, who ruled Sweden during the Great Northern War. The conflict marked the beginning of the end for Sweden’s empire and ushered in a new era with Russia, rather than Sweden, as the big Baltic power.

Unveiled 150 years after his death, the statue shows the king pointing east – towards the old enemy. Proof, perhaps, that wounds take time to heal.

On the other side of the busy road here you can drink in stupendous views of the Royal Palace and the Swedish parliament building. It’s a good spot for photos.

Otherwise Kungsträdgården is simply a nice place to chill out. There’s a big fountain at its centre, while open-air concerts and food festivals take place just a little further north.

The nearest T-bana station is Kungsträdgården, just off the square’s eastern edge.