Historiska is a vast 1930s museum nestled in one of the quietest, wealthiest parts of central Stockholm. It’s an absolute must for fans of history. This is Sweden’s best museum dedicated to human history, with three floors of galleries packed with prehistoric treasures, medieval art and relics from the 17th Century, when Sweden had its own empire.

Of course there’s also a whole section devoted to the Viking Age, complete with rune stones, swords and helmets. Most notably, this part of the museum houses Årbybåten, the best-preserved Viking Age boat ever found in Sweden.

The small canoe-like craft was discovered in Uppland, just to the north of Stockholm. It had been buried along with the bones of a woman and two animals – a greyhound and a horse. Both animals were killed with brutal force, presumably to accompany the woman into the afterlife.

Elsewhere in this gallery, rune stones and modern posters help to pick apart the myth of the Swedish Viking, whose image has been borrowed and reshaped everywhere from Nazi Germany to the terraces at modern football stadiums. 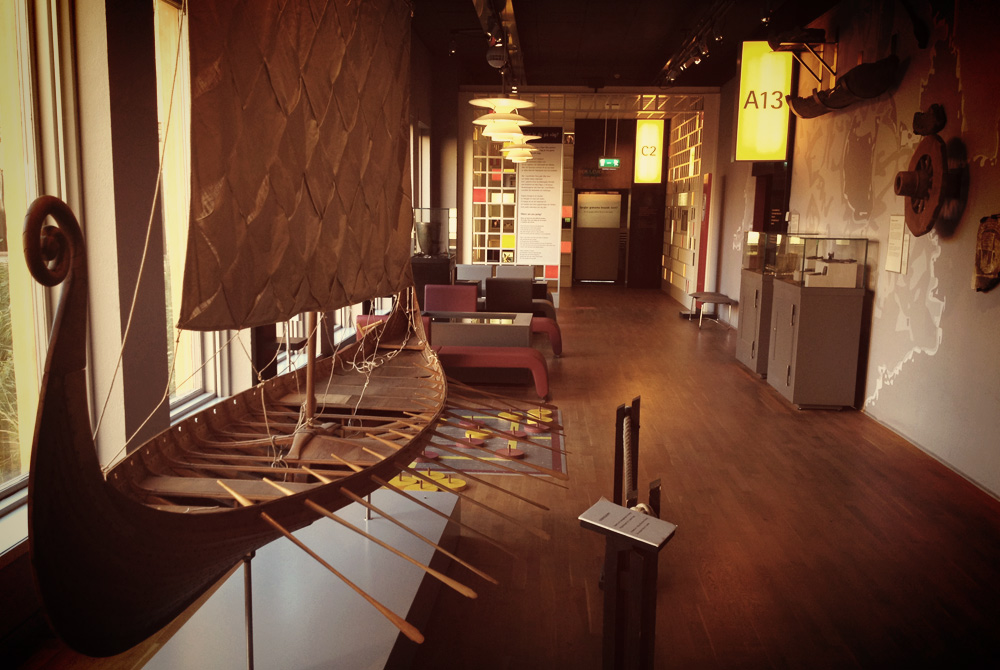 Intriguing prehistoric exhibits in the adjacent gallery include ancient graves. One – with a young child buried beside a 60-year-old man – dates from as early as 4,800 BC.

Up on the first floor is the museum’s most engaging gallery, which guides visitors on a whistle-stop tour of recent Swedish history. Starting in the year 1000, a white timeline running along the floor snakes past objects and stories that highlight key events in the nation’s history – from the unification of Sweden to the Black Death, which wiped out between 50 and 70% of the population.

Also highlighted is stormaktstiden (literally, the age of great power), when Sweden’s borders extended far beyond their current limits, encompassing parts of modern-day Russia and Estonia.

On the same floor there’s an excellent collection of medieval art and an impressive baroque hall containing well-preserved altarpieces from the 17th Century.

Before leaving Historiska be sure to head down to the basement vault, known simply as the Gold Room. Here, thick stone walls and metal grilles surround a glittering collection of gold coins, jewellery and sapphire-encrusted religious icons. There’s more than 50kg of gold on show, plus more than 200kg of silver, making the collection worth ten of millions of Swedish kronor at today’s prices.

We’d suggest allowing a few hours to see the museum properly. If you get hungry or thirsty whilst walking around the galleries there’s a decent café on the ground floor, just to the left of the entrance.

Take the tunnelbana to Karlaplan and walk south along Narvavägen; after five minutes or so the museum will be on your right hand side. Alternatively take bus 44 or 56 straight to Narvavägen.