Record stores, strip clubs and grungy live music venues all share space along Andra Långgatan, the coolest and most student-friendly street in Gothenburg. If you want to party the night away with the young, fun and tattooed, this should be your first port of call. 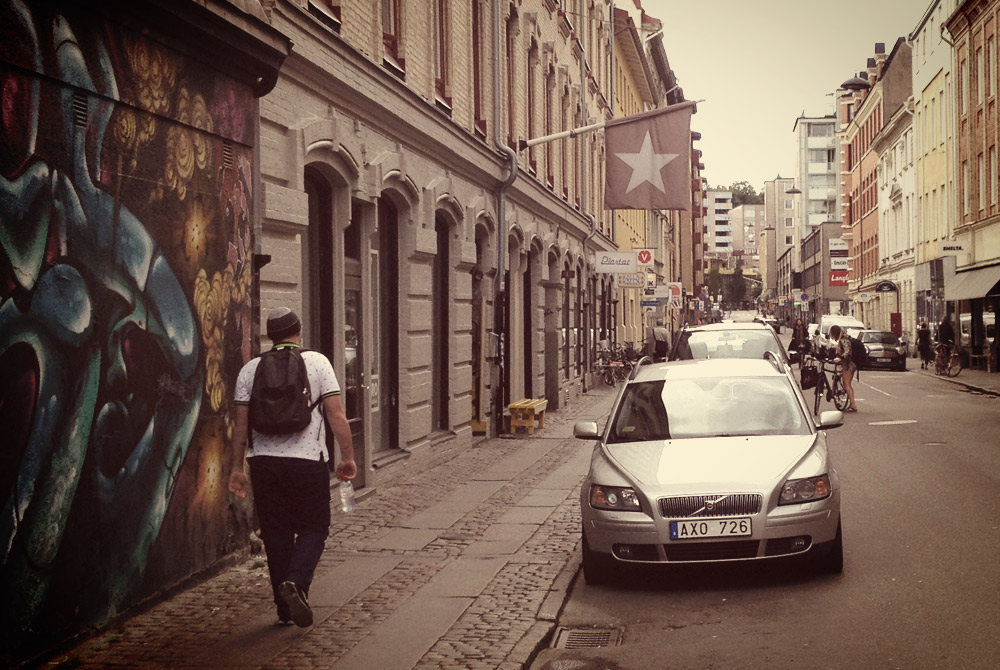 Some of the city’s best drinking spots are located on this graffiti-daubed bar street, from run-down copies of traditional English pubs all the way up to smarter cocktail joints that churn out devilish daiquiris.

New top-end clothing boutiques and bakeries are increasingly cropping up between the bars here, but even with this gentrification, Andra Långgatan remains a relatively cheap place to go out drinking. At most places you can get a glass of draught beer for around 40 SEK – hardly a bargain, but cheaper than almost anywhere else in the city centre.

The turnover of bars and restaurants on Andra Långgatan is incredibly fast, with new places opening and closing from one week to the next. Most of the food and drink stops we’ve recommended here have been running for long enough that they should still be open when you arrive too.

If you’re in town at the end of May or beginning of June, be sure to join Andra Långgatan’s annual street party. Andra Långdagen (second long day) is a day-long binge of food, drinks and music, with an after party at a venue across town.