Let’s get things straight: this museum has absolutely nothing to do with farts. Sjöfart is the Swedish word for shipping and Sjöfartsmuseet, on the western edge of the city centre, houses a collection of briny exhibits that are all in some way connected to the sea.

There’s also a small and well-labelled aquarium in the same building, making this a fun place to explore for an hour or so – especially if you have kids.

Through galleries stuffed with model ships, maps, documents and recreations of old galleys, the main part of the maritime museum examines Sweden’s inextricable relationship with the sea. 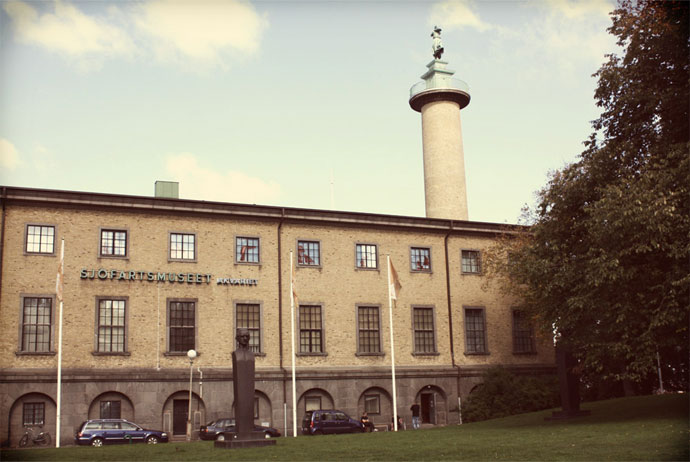 On the first floor (marked as floor 2 inside the museum) paintings depict some of the decisive events that shaped Sweden as a maritime nation. One particularly impressive canvas shows the failed attack on Gothenburg by Danish ships in 1717. Others show some of the everyday dangers faced by Sweden’s pioneering sailors, such as violent storms and fire.

Look out too for the scale model of the Kalmar Nyckel – the first Swedish ship to take colonists to North America. The boat set sail from Gothenburg in 1637 and was instrumental in establishing the colony of New Sweden, along the Delaware River. Dutch forces took the colony for the Netherlands in 1655, ending hopes of a proper Swedish foothold in America, but by the 19th Century Swedes were migrating there in huge numbers anyway.

At the back of this gallery are exhibits from more recent times, including posters from the 20th Century’s fledgling tourist industry. A watercolour shows suited men smoking and relaxing aboard the SS Stockholm, which took 10 days to travel between Gothenburg and New York – luxuriously quick for 1915.

Not all of the exhibits in this part of Sjöfartsmuseet are properly explained in English but you can grab an information card full of translations at the entrance to the gallery. 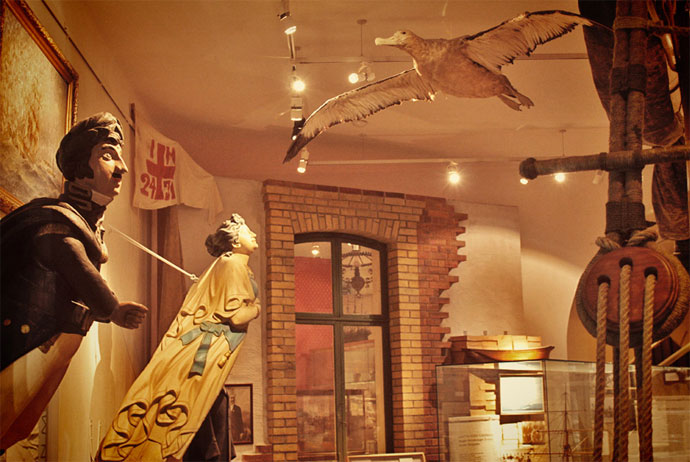 Upstairs on the second floor (labelled 3 in the museum) the focus is on how Gothenburg’s proximity to the sea led to it becoming an industrial hub. Ships built here ended up all over the world, and brought new influences back to the city and its people. There’s a booth where you can listen to local songs inspired by the sea and voyages to distant lands.

The highlight of this section, if not the whole museum, is a detailed, walk-in simulator that lets you pilot a huge Stena Line ferry through Gothenburg’s harbour. If you can avoid crashing or running aground, you’ll have done a better job than us.

There’s a play area up here too, but young ones will probably be more inspired by the small, ground-floor aquarium. It’s divided into tropical and cold-water sections and has some unusual species, including orangey-yellow seahorses.

Before you leave, check out the Seaman’s Tower behind the museum. It’s a memorial to the seamen killed during the First World War, crowned by a statue of a sailor’s wife. Every day she gazes out to sea hoping for her husband’s return, but is always left waiting.

40 SEK (free for under 25s). Buy a ticket here and you can use it to access Göteborgs Stadsmuseum, the Röhsska design museum, the Konstmuseum and Naturhistoriska Museet as many times as you want for the next year.