Göteborgs Stadsmuseum – Gothenburg City Museum – takes a detailed look at the city’s past. Located right along the water in one of the oldest parts of Gothenburg, the museum occupies the 250-year-old former headquarters of the Swedish East India Company, which was founded in 1731 to establish trade links between Sweden and the Far East.

From this grand base, locally built ships made a total of 132 voyages to China before the company went bust and city authorities stepped in to take control of the building. They began using it as a repository for historic artefacts and by 1861 the old building had opened to the public as a fully fledged museum.

Perhaps unsurprisingly, many of the exhibits at the museum today are from the East India Company’s heyday. Boats that left Sweden laden with iron, timber and tar returned from China full of fine silks, painted mirrors and carved musical instruments, many of which are now displayed in a glass cabinet on the museum’s second floor.

The navigational tools on show nearby may well have been used on those first long voyages from Sweden to the Far East. There’s a brass travel clock (unfortunately damaged), and a sundial with a built-in compass that may one day have helped sailors to find their way home from the other side of the world.

Tucked away in one corner of Gothenburg City Museum is a small model of the East India Company’s ship Götheborg. The first real ship with this name sank, rather embarrassingly, right outside Gothenburg in 1745. Its replacement also sank, but more than 50 years later off the coast of South Africa. Today, a full-size replica of the first ship can often be seen bobbing around at Eriksberg, across town, though it’s frequently out on voyages to other parts of the world. 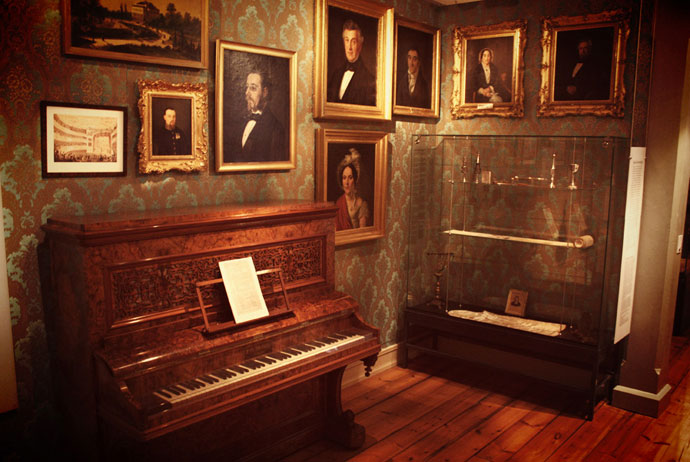 The second floor of the museum also houses portraits showing how far removed the rich traders and noblemen of the 1700s were from the rest of the population, who had to put up with chronic water shortages, cramped housing and dangerously filthy latrines.

Another gallery devoted to the 1800s charts a major improvement in living standards among ordinary folk – helped in no small part by the industrial revolution and the growth of the trade unions.

Of course, there were people in the Gothenburg area long before any of this. Clearly labelled exhibits guide visitors from the 1600s, when the city was first founded as a military outpost, all the way back to the Viking Age. 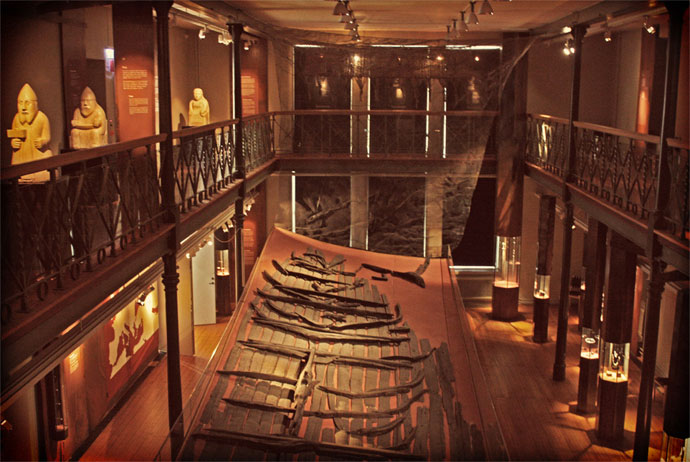 The swords and icons here are interesting but the main highlight is the blackened skeleton of a 16-metre-long Viking ship. This knarr, or cargo boat, was found 30km upriver from Gothenburg in the 1930s and is thought to date from around 900 AD. Experts say a boat of this size could carry up to 16 tons of cargo.

Apart from the galleries, the museum has a small café, a gift shop and a children’s play area with toys and a little climbing wall.

40 SEK (free for under 25s). Buy a ticket here and you can use it to access the Röhsska design museum, the Konstmuseum, Sjöfartsmuseet and the Natural History Museum as many times as you want for the next year.