Sweden is one of those places that’s really easy to travel around. It’s safe, most locals speak fluent English, and there’s a sense that – somehow – things just work. If you book yourself a long-distance train trip, it will probably leave on time. Check into a hotel with free wifi and the connection will usually be lightning-fast. But not everything is perfect for visitors. Here are five things that Sweden could do to attract more tourists – and make things better for those who are already visiting. 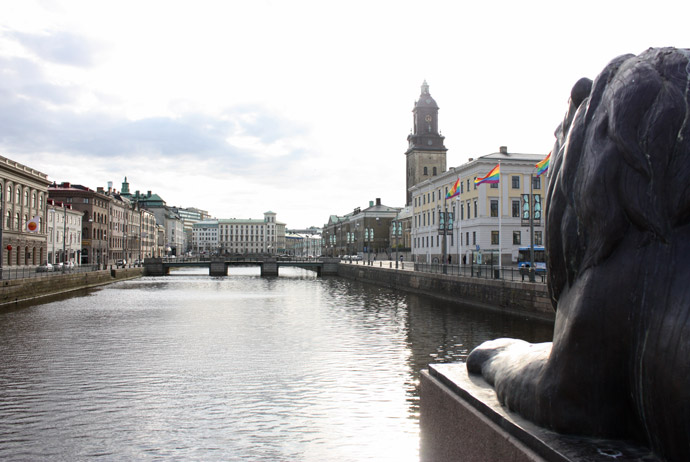 Barely a week goes by without another story heralding Sweden as the world’s first cashless society. The benefits of going cashless include reduced transaction times at the checkout and extra security for businesses. And, of course, there aren’t any annoying coins to weigh down Swedish pockets.

But for short-term visitors, not being able to use cash poses certain problems. Some types of bus tickets, for example, can only be bought aboard services when using a Swedish sim card (not really a practical option if you’re only in the country for a weekend).

An increasing number of the country’s restaurants and top attractions have also gone cashless. This means most tourists have no option but to pay with cards issued by foreign banks, which often charge extra for transactions made abroad (an extra 3% on top of the total cost is typical). This may not seem like a big deal at first, but if every transaction for food, accommodation, transport and sightseeing is made electronically, the costs soon add up. The lesson for Swedish businesses? Give tourists the option to pay with cash. They’ll probably thank you for it.

Budget travellers are often surprised to discover that the Swedish hostel bed they paid $30 for comes without any sheets. Things are changing but at many Swedish hostels, it’s still expected that guests will bring their own bed linen with them – or pay extra to rent a set for the night. Now, we know there’s a cost attached to washing lots of bed linen. But in the age of budget airlines, which charge passengers extra for hold luggage, no one wants to be travelling around Europe with a bundle of old sheets.

A huge proportion of Sweden’s marketing efforts are aimed at wealthy travellers. We’re talking wealthy enough to eat meals at Michelin-starred restaurants, or stay in a $200-a-night bed-and-breakfast. Make no mistake: the top end of the tourism industry in Sweden has some really exciting things happening. But as we’ve shown in Gothenburg, Stockholm, Lapland and beyond, it’s possible to visit (and enjoy) Sweden without spending loads of cash. The expensive stuff is sexy, sure – but it’s not within every traveller’s reach.

We’ve said it before: there are only so many stories travellers can read about cinnamon buns. Or Ikea. Or meatballs. Sweden is an incredibly diverse country, but the stuff that’s written about it tends to put the focus firmly on traditional values, as this piece (in Swedish) expertly argues. And it’s true – there are certain things that tourists expect from a trip to Sweden. But if they know that there’s more to the country than sugary buns and flat-pack furniture, they might just stay for longer.

Sometimes people visiting Sweden want to learn a bit of the local lingo. But it’s rarely very easy. Swedes’ great English skills, combined with a natural willingness to help visitors, means that tourists can head home from the country without even saying ‘hej’. And for those who do pick up a few Swedish phrases (and manage to use them) it’s not unusual for Swedes to keep switching back to English. Give tourists the chance to learn a bit of Swedish on their first trip, and they’ll have yet another reason to return.

This also happens in Brazil when we try to speak Swedish with the visiting swedes ahahahaha. If brazilians hear a foreigner speak portuguese they just stop EVERYTHING to listen and figure out how they deal with it – we usually make compliments because our language is somehow very difficult!