The luxurious Victory Hotel has similar prices to its sister property, Lady Hamilton, but somehow lacks the same cluttered charm.

It’s still quirkier than most hotels in this part of town, however, with a lobby full of antique model boats and an extremely small lift that hauls guests up to the rooms, which are named after Swedish naval captains.

Inside, rooms are done up in 18th-Century style but with modern comforts like heated floors, flatscreen TVs and Bang & Olufsen music systems. Larger rooms have their own seating areas and chandeliers dangling from the ceilings. 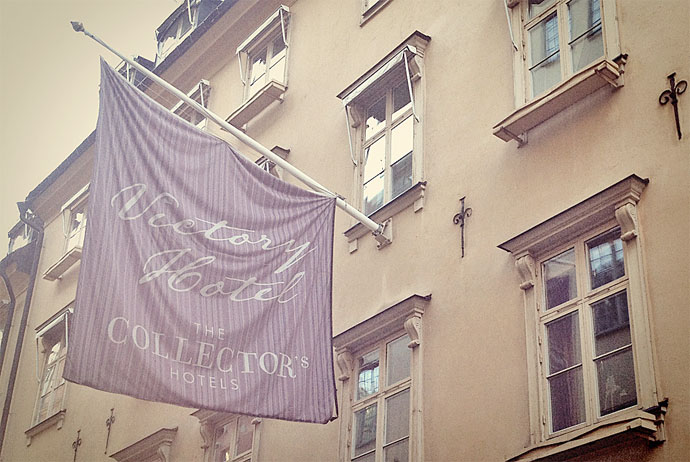 Along the corridors are old wooden cabinets and other maritime curios collected by the owners, whose vast collection of antiques is now spread across a total of three hotels in Gamla Stan.

An interesting tale about this place: in 1937, workers found 18,000 silver coins in the part of the building now used as the hotel’s bistro. This was Sweden’s biggest-ever haul of silver, and the coins are now on show at Myntkabinettet, close by in Gamla Stan.