There aren’t many floating youth hostels in the world, and there are even fewer in locations as pretty as this.

Spending a night or two aboard this old boat is a great experience and one that comes at a pretty reasonable price – for Stockholm, anyway.

Dorms and rooms are accessed via a little gangplank that connects the boat to dry land, and you’re free to wander around on deck, admiring the three tall masts and the flag-strewn rigging. The boat was built in England in 1888 and sailed as far as Australia before winding up in Sweden and being turned into a youth hostel. 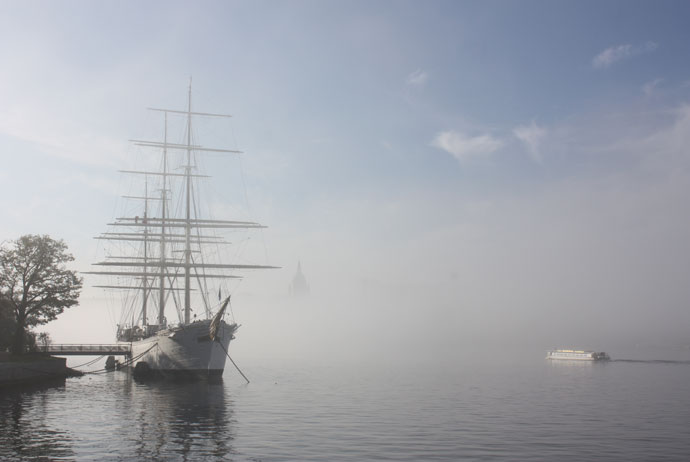 We’ll say it straight away: your experience of this hostel will depend very much on whether you actually stay on the boat. We’ve heard stories of people booking cheap beds thinking that they would be sleeping on the boat itself, only to be disappointed when they end up in a room on dry land.

To be clear, there is another hostel building called Skeppsholmen right near the boat, where prices are slightly lower (it’s run by the same organisation). Rooms in this ‘dry’ part of the hostel are fine but, well, you won’t be able to say that you spent the night in a boat.

If you do stay aboard the boat, the choice is between mixed-sex dorms sleeping between four and six people, small twin rooms with bunk beds, or comfy private doubles.

Dorms in the building on dry land are much bigger, sleeping up to 17 people at a time. The hostel’s reception area and café, which sells snacks and drinks, are also in this part of the complex – guests staying aboard the boat can also make use of the facilities here. Prices we’ve given below are for rooms on the boat.