If Malmö is a cultural melting pot then Möllevångstorget is the hot and bubbly bit right at the middle. Few places in Sweden feel quite as diverse as this broad city square towards the south of the city, which hosts an open-air market and is edged by restaurants run by immigrants from as far afield as Thailand, China and Syria. 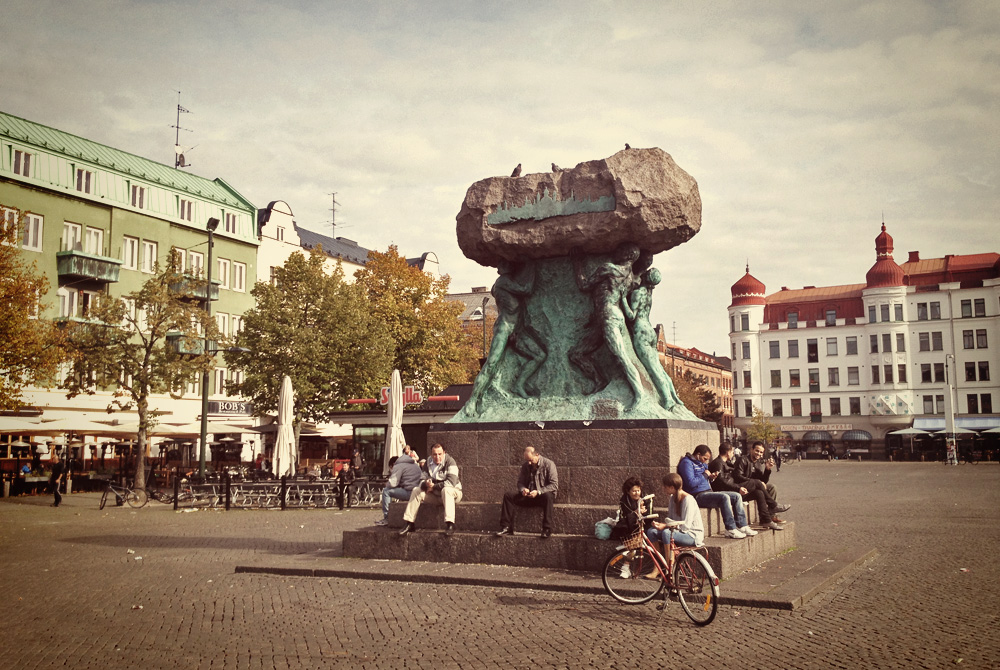 Unfortunately, integration has not been especially well managed in Malmö and we know of at least one company offering tours of the fruit-and-veg market to help native Swedes get to grips with the exotic ingredients brought to town by first-generation immigrants.

In the early 20th Century the area around Möllevångstorget, known to locals as Möllan, was a primarily working-class district. Honouring the workers and their labour, a bronze sculpture at one end of the square depicts naked men lifting a huge granite block, which is supposed to represent the city.

Away from the square itself, Möllan is becoming an increasingly cool neighbourhood, home to plenty of student-friendly hangouts. Södra Skolgatan, just west of the square, has some good late-night bars (including Belle Epoque), while nearby Simrishamnsgatan is where you’ll find Café Simpan, one of our favourite coffee shops in Malmö.

Möllevångstorget is around 2km south of the city centre. It’s a very flat walk but if you’d prefer to let public transport take the strain, take bus 35 from outside the Central Station and get off at Malmö Möllevångstorget. The bus journey takes around ten minutes.