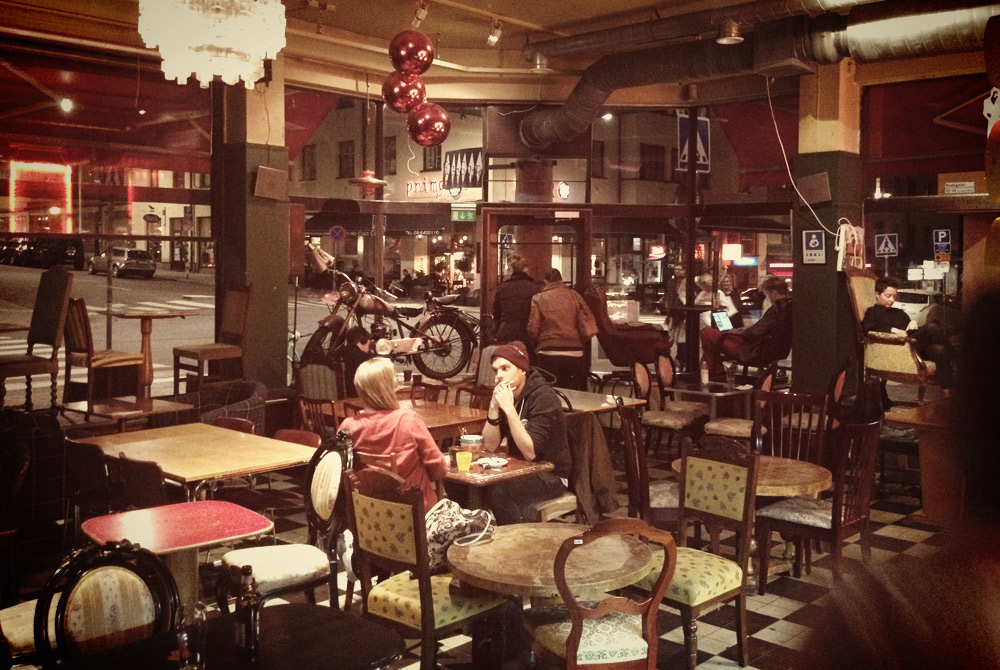 If there’s one place in Stockholm that epitomises Scandi-cool, Södermalm is it. Easily one of the most rewarding parts of the city to explore, it’s a vibrant, youthful and arty neighbourhood, with enough creative hangouts to leave even the hungriest culture vultures feeling satisfied.

In the 19th Century, this was a relatively poor area populated by the city’s working class. Nowadays it’s one of the most expensive parts of the city to live in, with sky-high house prices and wealthy young parents sipping fair-trade lattes outside every café and bakery.

Fortunately for short-term visitors there are still a couple of cracking budget places to stay in this part of town, putting you within easy reach of some of the city’s liveliest bars and restaurants.

Stockholm’s best after-dark scene is in SoFo – the increasingly gentrified area that begins south of Folkungagatan. Its rise from grungy, student-friendly area to upscale drinking, dining and partying zone has been impressively swift; in 2014, Vogue magazine described it as one of the world’s coolest neighbourhoods. Hipsters can’t get enough.

More than any other part of Stockholm, Södermalm is synonymous with style. Here you can rummage for vintage bargains at shabby second-hand clothing boutiques, get inked up at a too-cool-for-school tattoo parlour, or search for Scandinavian design classics at minimalist furniture shops.

Out by Hornstulls Strand, on the island’s western edge, you’ll find waterfront restaurants, an open-air market (every Sunday throughout summer) and Debaser – a legendary Stockholm nightspot that attracts big-name bands and DJs.

Långholmen, one of two islands joined to Södermalm’s northwestern edge by road, provides the perfect opportunity to escape the hustle and bustle of the city centre. It’s a leafy little island favoured by runners and cyclists, and the beach on its northern shore is the ideal place for a summertime dip. Langholmen is also home to one of Stockholm’s most unusual accommodation options – a former prison where you get to sleep in the original cellblock’s small but atmospheric cells.

In addition to all the creative cafés, shops and restaurants, Södermalm has a couple of interesting museums and galleries. Out by the Birka Cruises terminal, Fotografiska is one of Europe’s best exhibition spaces for contemporary photography, with airy galleries that update their displays throughout the year. Close by is the City Museum, which tells the story of Stockholm’s evolution and looks at some of important archaeological discoveries made in the local area.

MORE PLACES TO EAT AND DRINK

Beautifully sited along the northeastern edge of Södermalm, Fotografiska is a fabulously roomy exhibition space showcasing…

MORE THINGS TO SEE AND DO
wpDiscuz