Proving that healthy Nordic food doesn’t need to cost the earth, Kalf & Hansen serves up organic, flavour-packed lunches for less than 100 SEK. It’s easily one of our favourite places for a cheap lunch in Stockholm.

A father and son team from Denmark oversees the tiny, very busy café. We thought that its popularity might be due to the fact that the father, Rune Kalf-Hansen, is something of a celebrity in these parts, having written cookbooks and appeared on Swedish TV. But the food is actually ace. 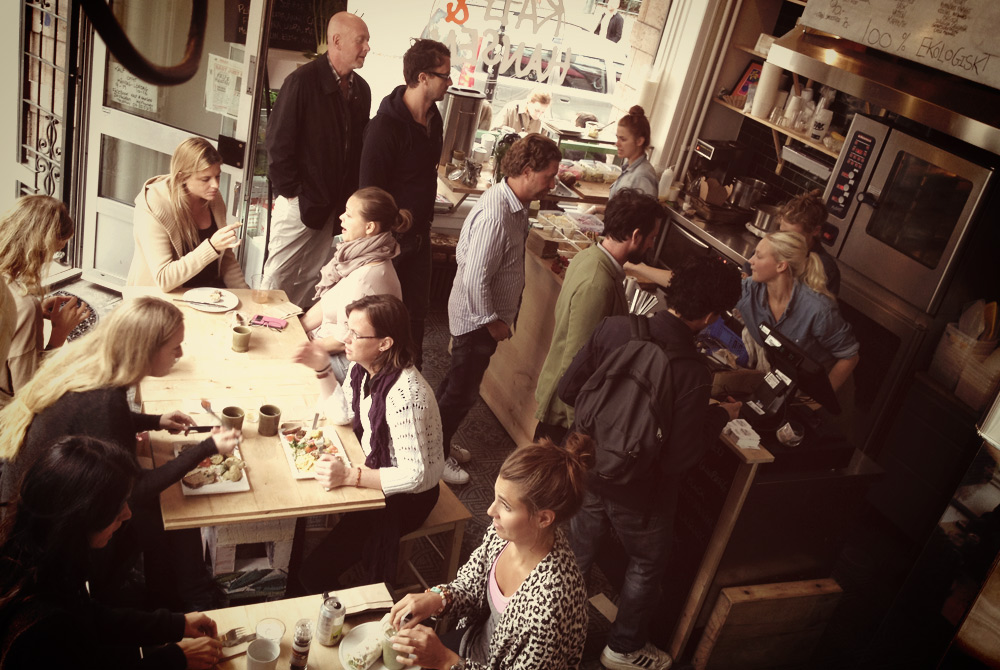 Everything is organic – from the meatballs to the rye-bread sandwiches and salads – and ingredients are swapped out now and then to make the most of seasonal flavours. Otherwise the menu stays pretty much the same, with a half-dozen different dishes named after Nordic cities.

Staff members wear clothes from a local charity shop, rather than a purpose-made uniform, and other attempts are made to reduce consumption too – like cutting down on plastic cutlery, for example.

There isn’t much space inside; a steep set of steps on one side of the café provides a few extra places to sit but getting to the top without dropping your food on other diners can be a bit of a challenge.

A little story that illustrates how well this place is run: while eating here (anonymously as always) we found a tiny bit of plastic in our soup. It looked like it had dropped in from some packaging in the kitchen. Hey, we thought, accidents happen. But when staff found out, they insisted that we take our money back. Recommended.