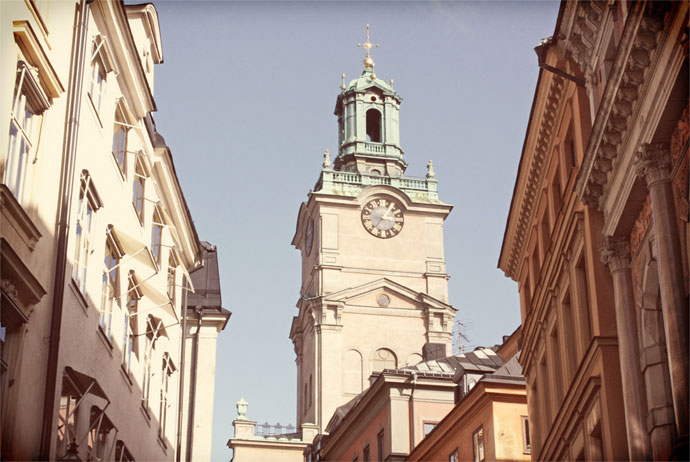 The oldest part of Stockholm is also the most beautiful. Gamla Stan (literally, Old Town) sits at the very centre of the modern city but still oozes medieval charm. Surrounded by water on all sides, it’s a place of narrow cobbled lanes, fairy-tale spires and wonky-framed buildings with doorways too low for modern visitors.

It was here that in 1252, the Swedish statesman Birger Jarl founded Stockholm. The small, walled town was designed to fend off attackers and help protect Lake Mälaren, just to the west, but quickly became an important trading post, expanding to include Helgeandsholmen and Riddarholmen – small satellite islands that are now connected to the main lump of land by busy bridges.

To get a feel for life in the early days of Stockholm, it’s worth visiting Gamla Stan’s superb Medeltidsmuseet (medieval museum), which houses a 55m-long section of the original city wall. It’s the only piece still visible.

Today two buildings dominate the neighbourhood of Gamla Stan: Riksdagshuset (the Swedish parliament building) and Kungliga Slottet – the Swedish king’s vast official residence. Both are open to tourists – they’re among the most popular sights in Stockholm.

Also worth visiting is Stortorget, the old town’s main square, which is edged by splendid gabled buildings in shades of rust red and mustard yellow. Here you’ll also find Nobelmuseet, a museum that celebrates the work of Nobel Laureates, and Storkyrkan – the city’s most important church, where some of Sweden’s early monarchs were crowned.

The abundance of beautiful buildings and historic sights means that Gamla Stan is one of the most frustratingly touristy parts of Stockholm – especially Stora Nygatan, a long, narrow street that’s lined with shops selling plastic Viking helmets, Swedish flags and ‘moose poo’ chocolates.

On the upside, the constant ebb and flow of foreign visitors means that there are some great accommodation options within the old town, including plenty of budget hotels and hostels. Gamla Stan’s bars, cafés and restaurants are generally overpriced, but there are a few gems that attract locals as well as tourists.

MORE PLACES TO EAT AND DRINK

The imposing Swedish parliament building, known simply as Riksdagshuset, takes up around half of the island of Helge…

MORE THINGS TO SEE AND DO
wpDiscuz