Let’s be honest: Swedish isn’t the most useful language to learn.

It’s spoken by fewer than 10 million people around the world, and what’s worse, the vast majority of those people are already extremely good at English. 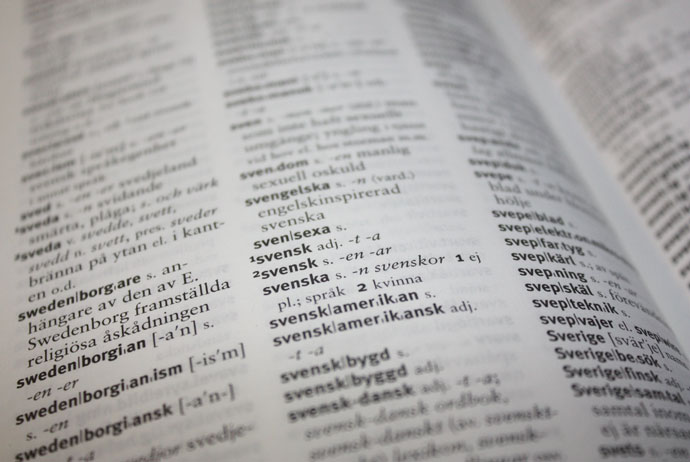 But there are plenty of advantages to learning Swedish. The most obvious one is that you’ll be much better equipped to visit Swedish towns and villages that lie off the beaten track, where English signs and instructions are still relatively hard to come by. Even today, many rural museums and attractions only provide information in Swedish.

Learning Swedish will also help you make a big impression on Swedes, who aren’t used to hearing foreign visitors say much more than hej (hello). Another unexpected benefit is that you’ll get a much better understanding of the way Swedes think and work – the Swedish language is functional, efficient and to the point.

If you’re planning a trip through Scandinavia then Swedish is probably the best language to learn; you’ll have little trouble understanding written Norwegian, and will understand at least a few words of written Danish (though understanding the spoken version is a different skill altogether). Many people in Finland still learn Swedish too, which is handy because Finnish has basically nothing in common with any other Scandinavian language.

When it comes to reading and writing, Swedish is a pretty easy language for English speakers to master. The Foreign Service Institute, which trains American diplomats working overseas, lists Swedish as one of the simplest languages to learn. It estimates that English speakers need to spend around 600 hours learning Swedish to achieve what it calls ‘proficiency’.

The grammar in Swedish is similar to English, and certain words are near identical – though you will have to learn three new letters (å, ä, ö) and get used to long, compound words, like those used in the German language.

For example, the three-word English phrase ‘nail polish remover’ becomes one mammoth word in Swedish: nagellackborttagningsmedel. These beasts look scary at first, but once you get used to breaking words down into separate parts, it all becomes a lot easier to understand.

Another tricky thing for English speakers to learn is that Swedish nouns have specific ‘genders’ – ett and en – which are put at the front or end of words. For example, the Swedish phrase for ‘an apple’ is ett äpple, while the Swedish phrase for ‘a banana’ is en banan. There is no hard and fast rule for when to use ett or en, so you’ll have to learn the rule for every word.

But the hardest part of learning Swedish may actually be getting the chance to practice – Swedes love showing off their (admittedly very good) English skills, and will often switch to English on hearing the slightest hint of an accent. Which, as a foreign visitor, you will almost certainly have.

There’s no single best way to learn Swedish but if you just want to grasp the basics before a trip to Sweden, the online options listed below are probably enough. For more advanced lessons and business-level Swedish, you’re best off getting yourself a proper tutor.

People rave about Rosetta Stone, and for good reason. It lets you learn Swedish without needing to get stuck into textbooks or formal lessons, and has courses broken up into manageable chunks. The Swedish program (available here on Amazon, or as a download on RosettaStone.com) is fairly simple – it only has three levels, compared with five for Spanish, for example. Even so, it will get you to the stage where you can have a basic chat with Swedes without too much of a dodgy accent.

If you just want to dive in and get free Swedish lessons online or through an app, try Duolingo. It’s a fun and colourful way for beginners to learn Swedish, with lessons on everything from animals to food and basic phrases. Best of all, there’s no fee to join; Duolingo apparently makes money by asking its users to translate documents.

These textbooks are a bit dry but give a solid introduction to the Swedish language. Both the main textbook and accompanying exercise book are completely in Swedish, however, so you’re really jumping in at the deep end – we’d suggest starting with Rosetta Stone or Duolingo first and then moving on to these books when you want to hone your grammar skills.

In our experience, the only way to get really good at Swedish is with the help of a native. One-to-one lessons will give you the chance to ask questions, chat naturally, and practice your Swedish pronunciation until the cows come home. Twitter is a good place to look for private tutors, many of whom offer Swedish lessons through Skype.

Stockholm and Gothenburg both have relaxed ‘language cafés’ where you can chat with Swedes over a cup of coffee, and pick up some new language skills at the same time. Taking part is usually free, but there’s often a minimum spend of 50 SEK or so.

If you want to practice listening to Swedish, try an audiobook. Mofibo has simple books to download and is free for the first 14 days. SVT Play has loads of Swedish kids’ programmes, many of them available to watch abroad.

If you’re tempted to move to Sweden, there’s good news: the Swedish government provides free language courses for all new arrivals. We’ve heard mixed reports about the effectiveness of these courses but many thousands of people who’ve moved to Sweden have followed this route and come out speaking excellent Swedish.

The Swedish Institute recently launched a free Swedish language course through its website. It’s an okay option with a bit of Swedish culture baked in, but doesn’t have the fun usability of Rosetta Stone and Duolingo.

Have you found other useful ways to learn Swedish? Let us know in the comments below and we’ll keep this list updated.

Thank you for these awesome resources! I wish Michel Thomas would make a Swedish course, but until that Rosetta’s stone has to do… I’m missing a Swedish frequency dictionary from this list.. MostUsedWords.com (I’m not sure if I can do HTML in the blog comments so I’m putting it up in my website link too.)

Another one to add is Memrise, which has a free Swedish course. You kind of learn in a random fashion but it does work and is easy to use, it’s all about planting the words in your long term memory and sometimes I’m surprised how well I remember. If you just want to learn some basic Swedish only then this is not going to be time efficient or practical.