We don’t often recommend restaurants that are part of big chains, and it’s equally rare for us to single out a fast-food place. But this branch of Max, which is one of Sweden’s biggest hamburger chains, deserves a special mention.

There’s nothing especially different about it, but the burgers are good and it’s often super busy – perhaps something to do with the fact that chain has its headquarters here in Luleå.

And there are a few other things that set this chain apart from its bigger, better-known rivals. 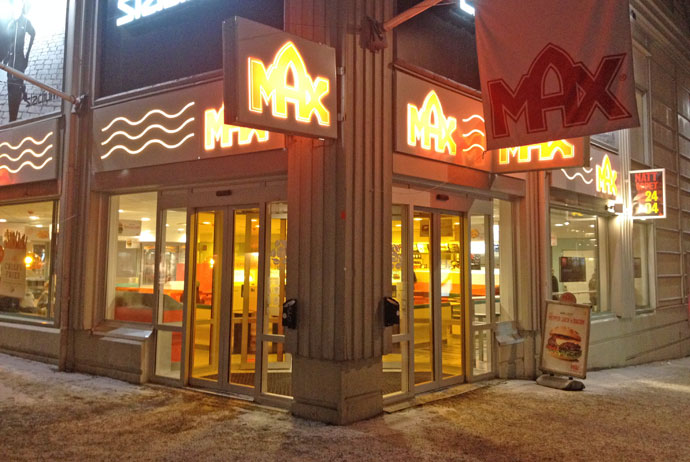 The meat is from Sweden and burgers come with their own climate ‘declaration’, which tells you how many kilos of carbon dioxide were released into the atmosphere during production. Even better, the company says it compensates for 100% of its CO2 emissions by planting trees in Uganda.

Clearly, if you want to reduce your carbon footprint, it’s better to avoid meat altogether. But at least these guys are making it possible to eat a hamburger without that extra guilt. This is one of Luleå’s cheaper places to eat, too – a full meal here needn’t cost you more than 65 SEK.