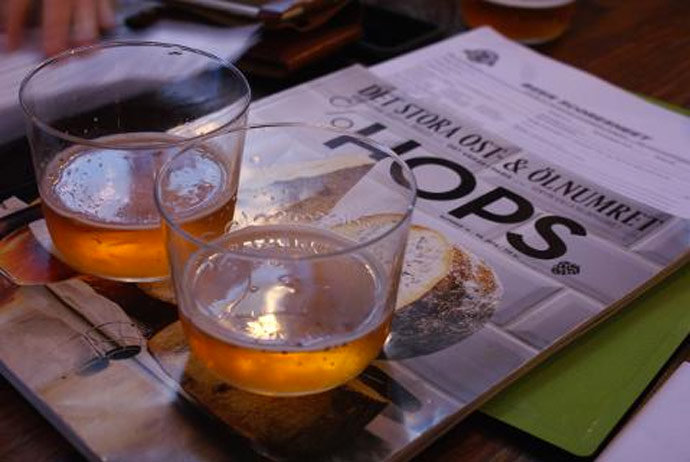 ✓  Tour lasts mins
✓  Try craft beers in the Old Town
✓  Led by a certified beer judge
✓  Beer tasting included
✓  From per personDid someone say beer o’ clock? On this tour you’ll wander through the winding alleys of Stockholm’s Old Town, learning about beer and drinking some beautiful brews. The whole thing is led by a certified Swedish beer judge who knows where to find some of the country’s tastiest craft beers.

The beer-tasting adventure takes you to three different bars in Gamla Stan, the Old Town. Whilst trying out some of the best craft beers Sweden has to offer, you will hear about how beer went from being the country’s number one drink to being banned for over 30 years (hard liquor was still allowed!).

You’ll also learn about the relationship between beer and sexual abstinence and find out all about Sweden’s love-it-or-hate-it alcohol monopoly, Systembolaget.

The craft beer tour will also teach you all about the origins of Swedish Christmas and Midsummer celebrations and beer’s role in the festivities. You will even learn about the history of deeply rooted Swedish drinking rites as a social phenomenon, with traditions dating back to the Viking Age. Skål, as the Swedes would say!

This tour includes beer tasting and all guiding.

Questions? Want to make a special request? Send us a message now!