Home » Destinations » Malmö » Getting to Malmö

Malmö has great connections with Sweden and the rest of Europe, not least because of its close proximity to Copenhagen, just across the water.

There are two options for getting to Malmö by air. The first is to fly to Copenhagen’s airport, Kastrup, and take public transport across the bridge into Sweden. The other option, if you can find a flight that lands there, is to fly straight to Malmo’s own airport. Both airports are roughly the same distance from the city itself.

Flying to Denmark might seem like a silly idea if you want to get to Sweden, but the border here is so porous that it really makes no difference. Kastrup handles far more international flights than Malmö’s airport (including transatlantic services), and is just a 20-minute train ride from Malmö city centre.

As long as you have a valid visa for the Schengen area, you can pass freely between Denmark and Sweden. (If you have a passport issued in another European Union country, you don’t need to worry about this).

Kastrup has all the facilities you would expect from an international airport, including a five-star hotel and more than 100 shops. Direct trains for Malmö leave from here every 20 minutes, arriving at Malmö’s Central Station 20 minutes later. Tickets costs around 110 SEK and can be bought from the office above the railway station (it’s in terminal three). If you want to save time you can book online via the ACP Rail website.

A slower but cheaper alternative is to take a bus from outside terminal two to Malmö’s Central Station. Swebus runs two or three services per day across the bridge to Sweden, with tickets priced at around 49 SEK.

Rival company Nettbuss covers the same route, with up to nine services a day and identical prices. Journeys with both bus companies take around 40 minutes. Note that Nettbuss services stop just across from Malmö’s Central Station, not actually at the station itself – see our ‘by bus’ section below for more detail.

The final option for getting to Malmö from Copenhagen’s airport is to take a taxi. Cabs for Sweden leave from outside terminal three. Expect to pay around 750 SEK to the centre of Malmö – as always, agree the price before you get in.

Malmö Airport is around 27km east of the city centre. It’s served by a few useful routes from Swedish cities like Stockholm and Visby, on the island of Gotland. There are also several Wizz Air routes arriving here from destinations across Eastern Europe – otherwise most of the traffic to and from Malmö is Swedish charter companies taking locals on package holidays.

In late 2014 Ryanair, which flew to Malmö from London Stansted, announced it would be shifting its operations to Copenhagen Kastrup instead.

The cheapest way to get from Malmö airport into the city is by bus. Frequent Flygbussarna buses leave from outside the airport once or twice per hour throughout the day (there’s a less frequent service on Saturdays).

The journey to Malmö’s Central Station takes around 40 minutes. Tickets cost 109 SEK one-way, or 199 SEK for an open return that’s valid for three months. You’ll get a small discount if you buy online. Otherwise you can buy tickets from the information desk inside the airport, or on the bus (card payments only).

Aside from renting a car, the only other option is to take a taxi into Malmö. A one-way journey will cost you around 450 SEK. Take any marked taxi from outside the airport but shop around for the best deal. Agree a price with the driver in advance and don’t accept any messing around when you arrive.

Long-distance trains from around Sweden stop at Malmö Centralstation (the Central Station). It’s right near the middle of the city and has loads of shops and restaurants. Local commuter trains also stop here, as do international services.

For train times and to book online visit ACP Rail. 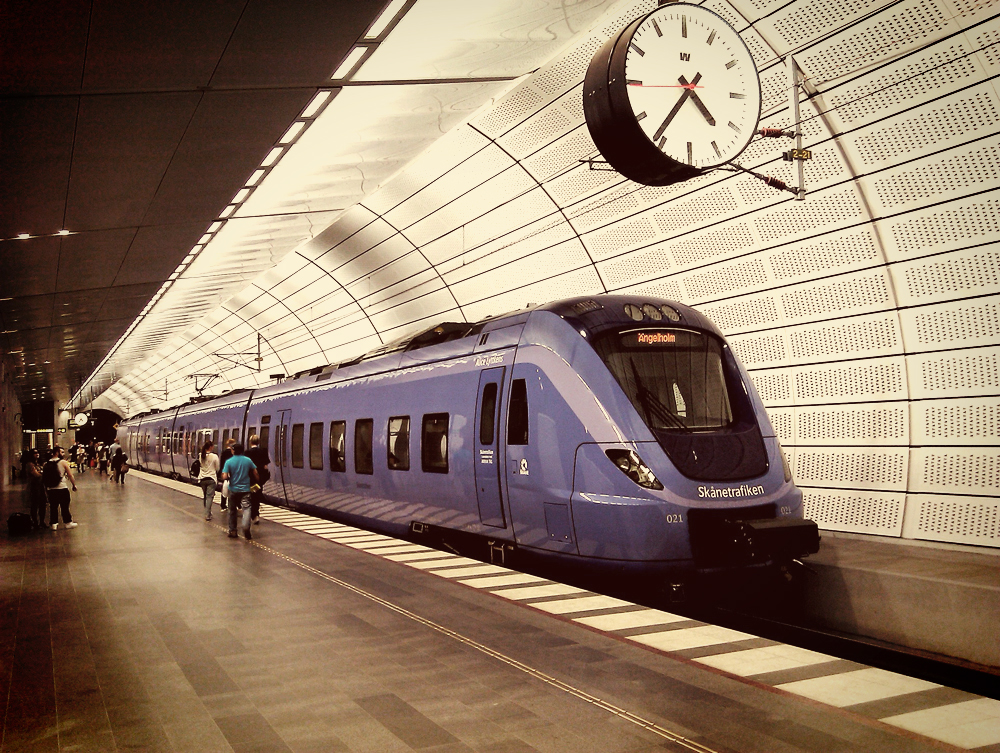 It’s also possible to get to Malmö from Berlin and Paris with Gråhundbus and Swebus, but these services all require a change in Copenhagen. Note that if you travel to Malmö with Gråhundbus you will be dropped on Gustav Adolfs Torg, 700 metres south of the Central Station.

Up to three Finnlines ferries per day connect Malmö with Travemünde on the north coast of Germany. The journey takes around 9–10 hours, and cabins are compulsory on night crossings. City bus 34 provides a connection between the port and Värnhem, near the centre of Malmö.