There are a few unusual tourist attractions in Sweden, but when it comes to sheer middle-of-nowhere strangeness, Nybro’s James Bond museum really takes some beating.

Started by a 007 fanatic as a kind of hobby project, the museum is now home to one of the world’s best collections of James Bond merchandise, including slick sports cars that starred in the films, plus neat, MI5-style gadgets designed for destroying evil villains.

The museum’s Swedish owner, Gunnar Bond James Schäfer (yep, he changed his name), fell in love with the spy series back in 1965. He’s since made 007 a major part of his life – not just by collecting things, but also by flying to exotic Bond locations and meeting with famous film stars. 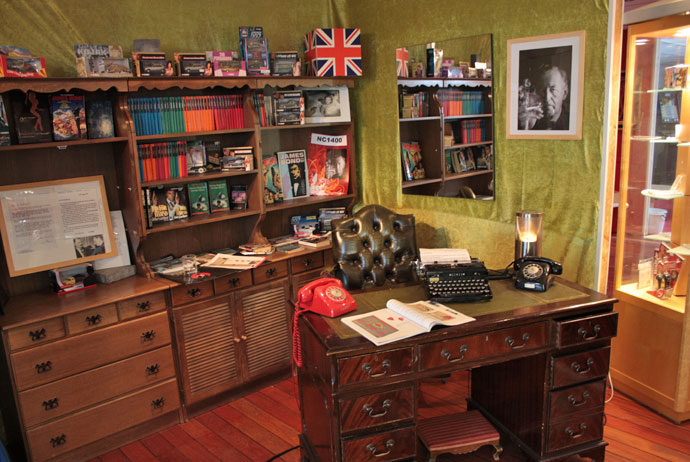 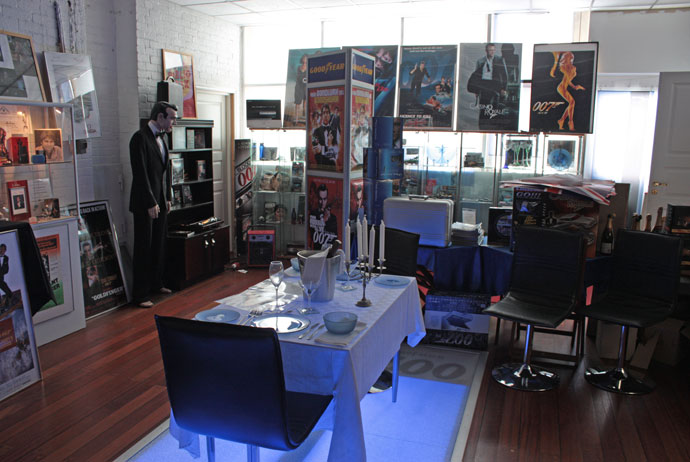 Gunnar has also named his house Goldeneye (after the Jamaican estate that Bond author Ian Fleming once owned), and numbered it 007, despite actually living at number 10. Best of all, he’s managed to convince the owners of a local pizzeria to start selling a special ‘007’ pizza.

What makes the museum such a treat to visit is its totally unexpected location. It’s out on an industrial park in Nybro, southern Sweden, attached to a shop selling car parts. So when Gunnar’s not helping people with car batteries, oil, and other motoring-related stuff, he takes time out to let folks look around his collection.

Even if you’re not really a James Bond fan, it’s impressive. Along with masses of movie posters and Martini glasses that have the 007 logo etched onto them, Gunnar owns a James Bond pinball machine, a set of metal teeth worn by the character Jaws, a pen-shaped ‘grenade’, a pistol that was used in The Man with the Golden Gun, and even a couple of felt-covered blackjack and roulette tables for visitors who fancy acting out their own version of Casino Royale. 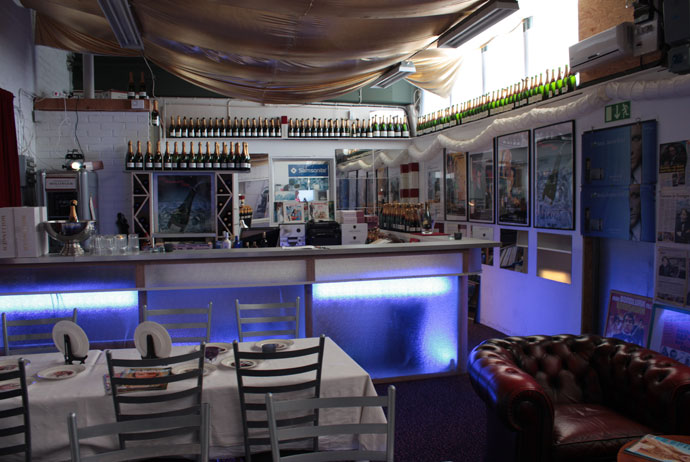 It gets better: Gunnar has also installed a plush, 20-seat cinema for visitors to sit and watch Bond films in. Then there’s the specially designed bar stocked with plenty of Bollinger and Martini. The shaken-but-not-stirred cocktails inevitably result in a trip to the world’s only 007 toilet, complete with a Bond silhouette mosaicked into the floor.

But the most impressive part of the collection is in the big garage-like area out back. Here you’ll find some of the cars that starred in Bond films, including the actual BMW Z3 that Pierce Brosnan – Gunnar’s favourite Bond – drove during the filming of Goldeneye. There’s also a Bond motorbike, a Bond snowmobile, and a Jaguar E-type made in 1962, the same year Dr No was first released.

Since our visit to the museum, Gunnar has even managed to ship home a full-sized gondola from Venice (apparently it’s just like the one that Roger Moore used in Moonraker). 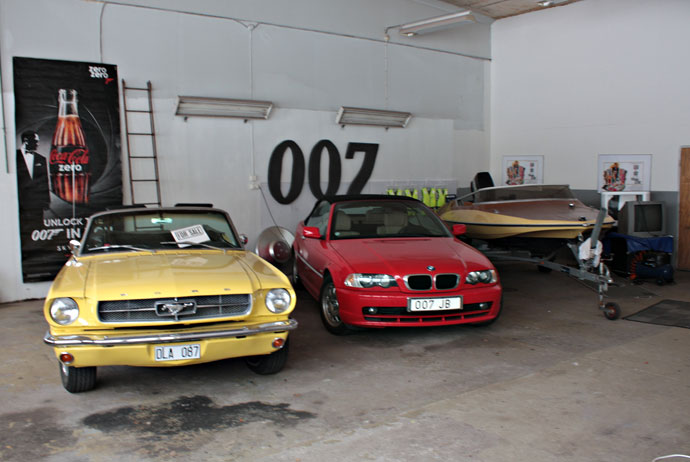 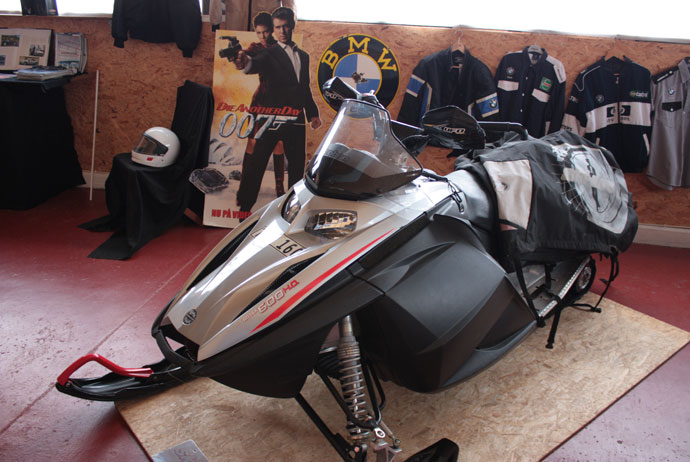 But why this obsession with Bond?

Gunnar says his father disappeared in mysterious circumstances when he was just two years old, and that he’s always been spurred on by the idea that his father was leading an exciting life somewhere far away, just like James Bond.

Although Gunnar’s museum gets relatively little media attention outside Sweden, it still manages to attract James Bond fans from all over the world. He also rents out the museum for private parties and get millions of hits on his chaotic James Bond website. In recent years he’s managed to win work as a James Bond lookalike, and will soon be starring in an Australian documentary about real-life people called James Bond.

Until then, if you want to learn more about the Swedish man with the golden gun, you’ll have to pay a visit to Nybro.

By train, Nybro is around 4 hours 30 min from Stockholm, or 3 hours 40 min from Gothenburg. Trains pull in at the station in the centre of town, and from there it’s a flat, 20-minute walk west to the museum.