As you might expect, given the sheer size of the place, the country’s landscapes are wild and diverse, taking in everything from rolling green countryside to dense forests, sprawling river valleys and frozen glaciers. Despite this, most tourists (and indeed most Swedes) spend their time in the southern third of the country, which is home to the three largest cities.

Spread across a series of low islands and with an enviable location between the Baltic Sea and Lake Mälaren, Stockholm is perhaps Europe’s prettiest capital city. Gothenburg, over on the west coast, is a less showy alternative with an exciting cultural scene and some of the freshest seafood you’ll ever catch sight of. Both of these big cities have unspoilt archipelagos in their backyards, with sleepy islands – many of them car-free – providing a slow-paced alternative to life in the city.

Malmö, Sweden’s third-largest city, is proudly the most diverse place in the country, with an arty vibe and plenty of cool parks, shops and museums. Nearby Lund, an enchanting city with its roots in the Viking Age, is also worth a look around. Thanks to its rich history and a lively student population, it has more to offer than many Nordic cities double the size.

Other places worth visiting in the south of Sweden include Uppsala, a cathedral city with botanical gardens and ancient burial mounds, and Sigtuna, widely thought to be Sweden’s oldest town. Its medieval centre is a charming spot for shopping and slurping coffee.

Beyond the built-up areas, rural Sweden shines. Southern areas such as Skåne are home to fields of cornflowers and poppies, while in central parts of the country shimmering lakes abound. For drivers the large population of elk can pose a real danger, but the rewards are more than worth it. Even for Swedes who have grown up around these landscapes, areas like Dalarna still hold a magical appeal – it’s not unusual for wealthy Stockholmers to have a cute red cottage in rural Sweden, which they make use of during the long summer break.

Further north you’ll find some of Sweden’s most spectacular national parks including Sarek, home to almost 100 glaciers, and Padjelanta, where you’ll spot countless wild reindeer. Settlements in and around the Arctic Circle are small, fascinating… and invariably freezing. Try Abikso, one of the best spots on Earth for watching the northern lights, or Kiruna, a mining community that’s being rebuilt in the face of an existential crisis.

You won’t be able to squeeze everything that Sweden has to offer into a single trip, but by prioritising a few main areas you’ll be able to get a good feel for the country’s many sides in a couple of short weeks. Need some help deciding? Here’s our list of the best places to visit in Sweden.

Most visits to Sweden begin in Stockholm, and for very good reason. This is a beautiful, waterside city that will have you staring slack-jawed at skylines full of spires. Even if you’re not a photography buff, we can guarantee that you’ll end up reaching for your camera over and over again.

You could easily spend a week or more checking out Stockholm’s many museums and boat trips, but there’s a lot to be said for just wandering around and getting a feel for the city’s rich history, as well as its famously cool shops, restaurants and bars. There are also some seriously unusual places to stay.

It’s true: a trip to the Swedish capital can work out to be pretty expensive. But as we’ve already proved, you can spend two full days there for less than £80 – that’s around $120. The city is also overflowing with free things to do. Let Stockholm take up a few days of your life and you’ll probably fall in love.

5 things not to miss in Stockholm

Sweden’s second-biggest city serves as a nice counterpoint to the glitz and glamour of the capital. The locals are more laid back, for one thing, and it’s also cheaper and easier to explore than Stockholm, where high prices are a part of everyday life. That’s not to say that Gothenburg isn’t glamorous in its own way: go beyond the ugly port’s tall cranes and shipping containers and you’ll find beautiful parks and gardens, as well as serene, car-free islands that harbour sleepy swimming spots.

There are other reasons for visiting the west coast’s main city. The wide streets are bursting with things to do in the summer or winter, from galleries and stately homes to whacky museums that really must be seen to be believed. These days, Gothenburg is also home to some of Scandinavia’s best bars and restaurants. Period. Add in the creative music and fashion industries, a bubbly local craft beer scene and a few hair-raising rollercoasters, and it’s easy to see why Gothenburg is one of the best places to visit in Sweden.

5 things not to miss in Gothenburg

For many Swedes summer means a trip to Gotland, Sweden’s biggest island. Marooned in the Baltic, it’s a laid-back haven with some of the country’s best weather, not to mention stunning sandy beaches, and thick forests that seem to have been made for hiking and biking.

Given its strategic location, it’s not surprising that Gotland has a long and turbulent history. The medieval town of Visby, the island’s main settlement, is like something straight out of Game of Thrones, and items from the Viking Age are regularly dug up across the island. Today Gotland also hosts Sweden’s biggest political event, Almedalsveckan, as well as a weeklong medieval festival.

What else makes Gotland one of the best places to go in Sweden? Oh, just the mesmerising freshwater lakes, the weird stone formations, the deep caves, the dingy bars and the oh-so handsome gardens…

5 things not to miss in Gotland

Sweden’s far north is home to some of Europe’s most thrilling landscapes. In winter, great rivers and waterfalls freeze to a halt, and vast forests bend under the weight of too much snow. When summer sun finally makes things melt, the whole region bursts into life – wild flowers bloom in the valleys, mosquitoes buzz through the air, and the weather can actually get quite warm.

Getting to Lapland takes some effort, but the rewards are easily worth it. The big draw for many is seeing the northern lights, which are (in theory, anyway) visible across the entire region. Even without the lights, there are plenty of things to keep you busy. Go dog sledding, try skiing under the midnight sun, or spend a night at the famous Icehotel in Jukkasjärvi. This is also one of the best parts of Sweden for hiking, camping and wildlife spotting thanks to the abundance of wilderness areas.

5 things not to miss in northern Sweden

Tucked away in the southeast corner of the country, the picturesque region known as Österlen is a long-standing favourite among holidaying Swedes. Somehow, though, it’s remained off the radar for international visitors.

Go in the summertime to browse the many small art galleries and farm shops that throw open their doors to visitors, or to sunbathe and swim at the pristine sandy beaches that skirt the Baltic coast.

The culinary scene in this part of Sweden is rapidly picking up pace, and you’ll find that even middle-of-nowhere hotels and restaurants are adept at turning seasonal, locally grown ingredients into kick-ass lunches and dinners. Fishing is also a big deal, and locally caught sea trout often makes it onto menus.

5 things not to miss in Österlen 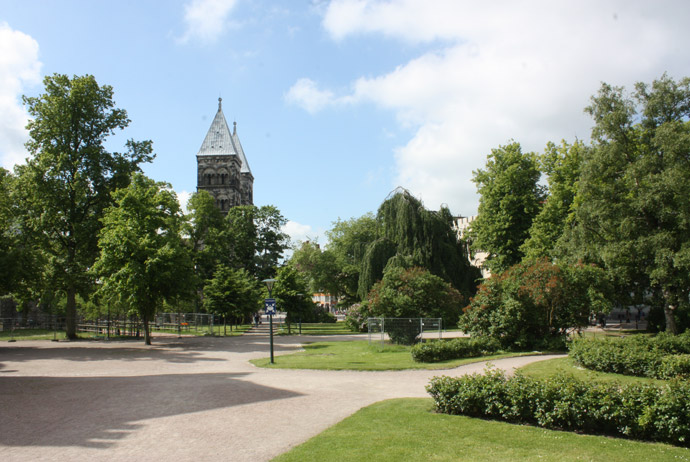 Lund often gets overlooked as tourists rush through southern Sweden on their way to or from Copenhagen. But this seriously ancient city has been around since the time of the Vikings, and is one of the best places to visit if you want to get your head around the entire region’s history.

The central part of Lund is full of handsome (and sometimes very wonky) buildings, and there are museums covering everything from old rune stones and weapons to quirky modern art. Rent a bike for a ride through the cobbled streets and pretty parks and you’ll soon soak up lots of sights.

The local uni is a bit like a Swedish version of Oxford, and it helps to keep the average age of the citizens here quite low. Happily, there are a correspondingly high number of bars and pubs.

5 things not to miss in Lund 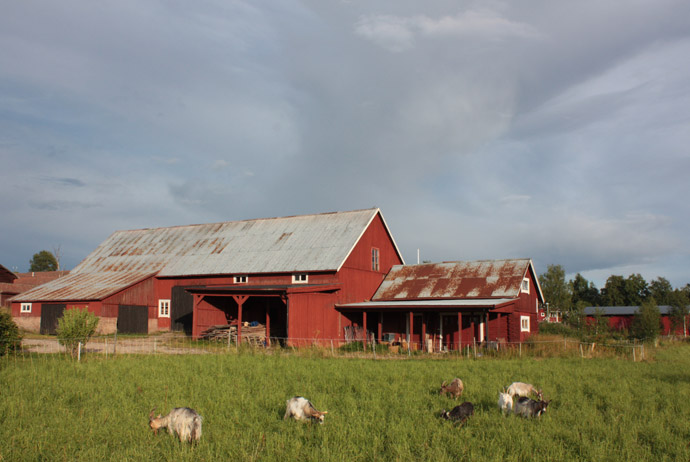 Red cottages, blue lakes, and verdant pine forests: if you want a glimpse of the ‘real’ Sweden, the central province of Dalarna should be high on your list of places to visit. Nowhere else in the country matches it for picture-postcard beauty, and during the summer it’s a favourite holiday retreat for Swedes, who come for a bit of swimming, camping and sightseeing.

The best base for exploring Dalarna is Siljan – a vast blue lake edged by laid-back towns such as Mora, Rättvik and Leksand. Most have beaches, waterfront restaurants and campsites where you can hire kayaks for splashing around on the lake. There are lots of other things to do in the area including a bear park (this area is home to many of Sweden’s brown bears) and a bunch of museums, some showcasing the work of local artists.

5 things not to miss in Dalarna 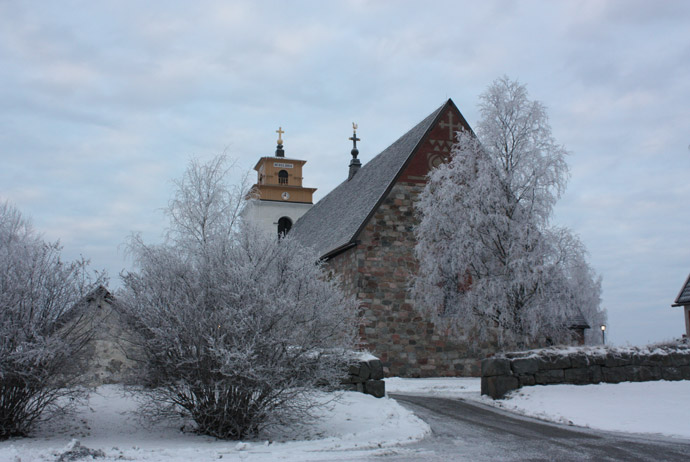 The north’s coolest city is fast becoming a hub for technology and culture, with a disproportionate number of galleries and design shops. Facebook has a data centre in Luleå, which has helped to give the place a cosmopolitan feel – well, for northern Sweden, anyway – and there are also some decent dining options. If you have time left over after exploring Luleå itself, there are a few great little day trips nearby.

5 things not to miss in Luleå

Sweden is a safe place to visit but our advice is simple – you need travel insurance for your trip! Having the right policy in place can make a huge difference when things go wrong. For lots of different reasons , including the fact that they will cover you even if your trip has started, we recommend World Nomads. You can get a quote below.

Need more tips? Check out our destination pages or sign up for the free Routes North newsletter.

This is a super informative article on sweden. very well done. i read about places and have swede blood but do not travel. thanks…

We are heading back to beautiful Mora in Dalarna on February 1st. We have visited many times and it truly is a magical place. We will then be heading up to Idre in northern Dalarna for some real “off the beaten track” lodging and a variety of winter sports. If you have never been to Sweden, make the province of Dalarna a must. You will not regret it!

Thanks Gavin, hope you enjoy Dalarna – it is beautiful!

How do you get there ?

Thank you for this great post, you are doing a fantastic job! I am planning a trip to the Nordics for this summer and find your posts to be very organized, informative, and well-written. Cheers!

Thank you so much for your message! It really is appreciated and I’m glad you’re finding the guides useful 🙂 Have a great trip!