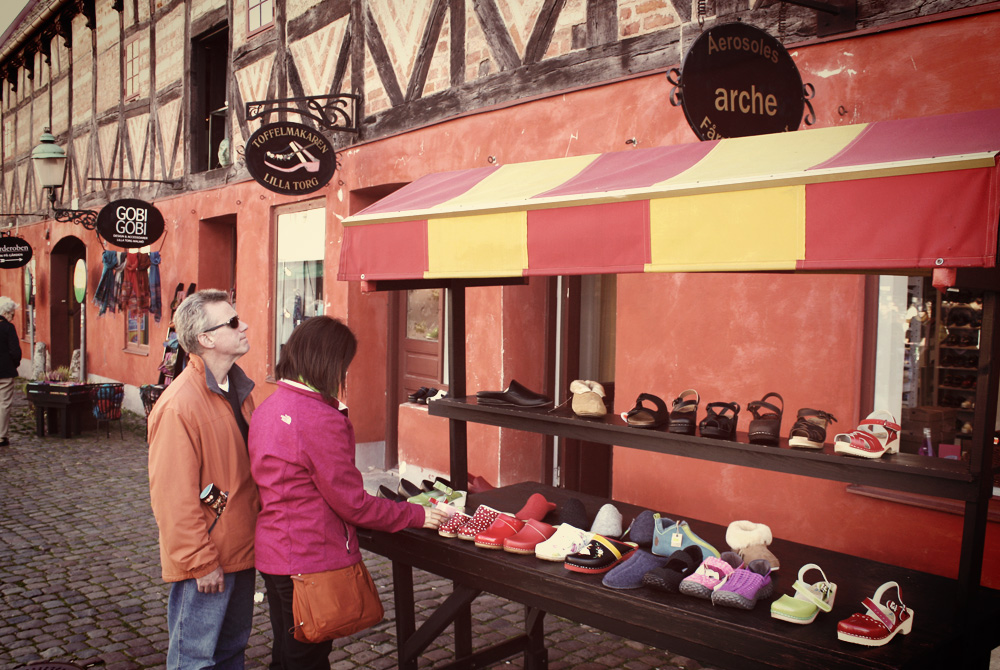 Food has always been an important part of life on Lilla Torg – in the late 1500s, when the square was first laid out, butchers, bakers and fishmongers began using it as a marketplace. It seems hard to believe but at the time, Stortorget alone was considered too small for all of the traders, and Lilla Torg was tacked onto the side.

Today the square makes an excellent place for a cuppa or a cold beer. Almost all of the cafés and restaurants have outdoor seating areas, with warm blankets and patio heaters keeping folks outside until late into the evening, even when it’s very chilly. The northern edge of the square is particularly lively at night.

As you might expect given the square’s good looks and popularity with tourists, prices here are generally a bit higher than in other parts of town.

If you’re on Lilla Torg during the daytime, be sure to pop into the Form/Design Center, accessed through a little red archway on the square’s southern edge – it’s free to get in and usually has a couple of interesting exhibitions featuring local artists and designers.

Lilla Torg is just off Stortorget‘s southwestern corner, a few hundred metres southwest of the Central Station. The easiest option is to walk.